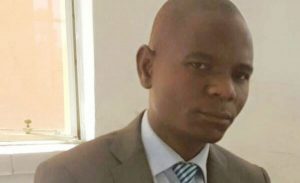 Malawi national football team replica jerseys are reported to be on high demand in several countries around the world despite the Flames’ pathetic performance in international competitions.

Sales of replica jerseys usually peak when a team performs well but in Malawi’s case, it is the opposite as the Flames have only won just two matches during Coach Ronny van Geneugden’s two-year reign which ends next month.

Football Association of Malawi Commercial Director, Limbani Matola, said there have been enquiries on the availability of the jerseys from countries such as Zimbabwe, Iraq, the United Kingdom and the United States.

Matola said Fam is currently working on importing more jerseys from its suppliers in South Africa to satisfy the demand.

“We are pleasantly surprised with such enquiries from far away and unfamiliar territories such as Iraq. We never expected this. This simply bears testimony to the fact that football is a unifier and cuts across borders, race, religion and language,” he said.

Matola said the first consignment of the jerseys is currently being processed for delivery from South Africa to Malawi.

He said the association is using Malawi’s foreign missions to market the jerseys across the world.

“We are exploring all avenues to reach out to foreign markets with our product. Malawians based outside the country are also helping quite a lot in this cause,” Matola said.

On local demand, he said about 400 jerseys had been sold out of the 500 that had been delivered.

Matola said the remaining 100 may take time to sell out because they are predominantly smaller in size.

“There is more demand for large or medium sizes. This tells us that we need to import more of such sizes to meet the demand. Football lovers should expect the jerseys to arrive not long from now,” he said.

Malawi under-23 off to Belgium, Egypt today