Symon Muyaya of Njima Village, Senior Chief Nazombe in Phalombe, is an epitome of how prisons are reforming inmates. Born some 53 years ago, he is a marvel in his area, albeit his recent return from Mulanje prison where he was to serve a four-year term for burglary and theft.

Muyaya is among the 2,049 inmates released this year through the Prisons Inspectorate recommendations to decongest prisons amid rising cases of Covid-19. He served barely half of his sentence.

“I could not imagine myself going out before the end of my sentence,” says Muyaya, smiling, while adding that “I was worried about my children.”

He says of life in prison: “It is not the place to be, but I learnt many skills”.

Muyaya, a father of six and twice divorced, is “different from so many people who return to this area from prison.”

“He came back with skills none of us have and cannot indulge in criminal activities anymore because he is busy,” says Andrew Likhonda who adds that other ex-prisoners went back to their bad habits when they returned to the village, earlier.

Likhonda, a longt ime friend to Muyaya, runs a hawker next to Muyaya’s bicycle workshop at a small market next to Chiringa courthouse, just 100 yards away from Fyson Beula or Group Village Head Makhonja.

Makhonja says “Muyaya is a good example of how prisons change people”.

“I’ve not even started using some of my new skills such as pottery-making. I can make a leopard from clay and you will think it is from wood,” Muyaya boasts.

He was jailed for “keeping stolen items for friends” who unfortunately escaped from custody, leaving Muyaya the only one incarcerated for the offence.

“It was a bitter lesson for me and it affected my children,” he recalls.

His Standard 8 son buttresses the point, saying “life was tough the time my father was away.”

We found him together with his father at the shop and he is proud because “my father is transferring the skills he learnt from prison to me”.

Apart from fixing bicycles, Muyaya is into sponge-making, weaving baskets and door mats, making bicycle mudguard hooks and livestock ropes, among others. He earns about K7,000 a week, on average from the sales.

“Since I didn’t produce anything the time I was in prison, I use this money for buying food,” he says.

Prisons Chief Commissioner Wandika Phiri recently acknowledged the necessity of decongesting prisons amid Covid-19 as imperative in preventing an uncontrollable spread of coronavirus.

The emergency Prison Inspectorate exercise, coupled with other initiatives such as Camp Courts, that saw in-mates like Muyaya released before the end of their terms, were supported by the European Union-funded Chilungamo (Justice and Accountability) Programme.

Team leader Sophie Racine once said “decongesting prisons was now more necessary than ever before”.

Executive Director at Centre for Human Rights Education, Advice and Assistance (CHREAA) Victor Mhango said most prisons in Malawi provide inmates with vocational courses throughout their stay in prison and these courses are important to inmates.

He said some of these vocational courses include tailoring, plumbing, barbering, carpentry, electrical repairs and welding.

Mhango mused on the importance of the vocational courses saying they act as a form of rehabilitation to prisoners, reduce recidivism rate, act as stress-reliever and offer opportunities outside prison.

“Vocational courses are a drive for change to most inmates especially those that get imprisoned over theft and burglary as a result of poverty. When an inmate has been released, they have a criminal record which sometimes bars them from securing employment and, as a result, most inmates would opt to be in prison than the outside world because they are deemed otherwise by the society.

“Once inmates learn these skills, they become self-reliant and can be self-employed and, when they apply this knowledge in the outside world after release, it enables them to acquire income to sustain themselves as well as their families, reducing their chances of being re-imprisoned,” he said.

He observed that prisoners who are taught vocational skills are rehabilitated at the end of their jail period in the sense that most of them would have gained some sort of self-esteem, are good decision-makers and feel good about themselves over the knowledge they have acquired, which gives them a smooth transition and makes is easy for them to reintegrate into the society.

Mhango said jail time for most people does not come easy and most inmates, as a result, go through stress whilst in prison. Attending lessons and learning new skills therefore helps them to cope with stress since more time is dedicated to learning than them constantly thinking about their situation.

The 48 million Euro initiative is supporting government to bring justice closer to the vulnerable through the Prisons Department, Malawi Police Service, Judiciary, Legal Aid Bureau, Office of the Ombudsman, Malawi Human Rights Commission and the Ministry of Justice and Constitutional Affairs. 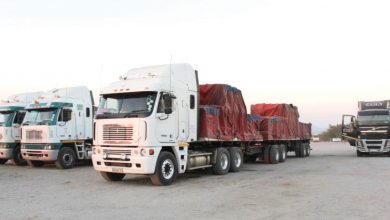 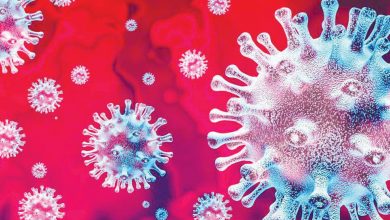