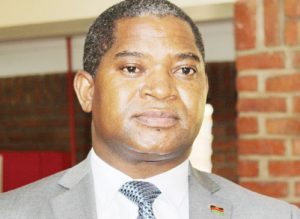 In a statement released on Wednesday night signed by its board Chairperson Joseph Bvumbwe, Mera says paraffin price has risen from K755.40 to 785 per litre while diesel price is up from K935.60 to K990.40.

The statement further says petrol price has risen from K932.50 to K990.30 but pump prices for jet oil and gas remain unchanged.

“Mera assessed the combined effect of the movement of the FOB [free on board] prices and exchange rate of the Malawi Kwacha to the US [the United States] dollar as well as changes in local factors that determine the maximum pump prices,” the statement reads in part.

With Electricity Supply Corporation of Malawi extending its power blackouts to nine hours from six hours recently, companies are relying on fuel to run generators for their production.

Consumers Association of Malawi Executive Director, John Kapito, describes the fuel price increment as a last nail on the coffin of the consumers’ wellbeing.

He says it is unfortunate that the increment has come when consumers are feeling the pinch caused by last two price adjustments on petroleum products.

“What is surprising is that Malawi has two cushioning mechanisms and it seems all these are unable to protect the consumer. We have our strategic fuel reserves that were meant to insulate us from constant price adjustments because our stocks would have been procured at relatively low prices,” he says.

Evance Galasi, Chairperson of Minibus Drivers Association in the Southern Region, says the increment was ill-timed and would hurt the transport industry.

“Most of our passengers are already struggling to pay the current fares, so we do not know what will happen if we raise the fares in response to the fuel rise,” he says.

Ironically, Mera has hiked fuel prices when the price of the commodity is declining on the global market.

But Mera Chief Executive Officer, Collins Magalasi, says fuel prices are not only determined by current prices on the global market. Other factors that determine fuel price are exchange rate movement and inflation.

He says it takes a month for fuel to reach Malawi, hence it is not automatic that the recent decline in global fuel price would be reflected in the country.

Minister of Finance, Goodall Gondwe, told Parliament that for a long time, Malawi has been avoiding raising fuel prices while other countries such as Zambia have been hiking the commodity.