Imkosi ya Makosi M’mbelwa V of Mzimba has attributed escalating cases of murder and suicide in the district to, among others, the rise in gender-based violence (GBV).

M’mbelwa said this at an engagement session with traditional leaders from M’mbelwa District and Engender Health held Wednesday and Thursday in the district.

M’mbelwa said domestic violence is affecting not only women but men as well who continue to suffer in silence and eventually resort to committing suicide among others.

“According to our culture, a man is always in charge of family. But we also have instances where other women have powers than the man in the house. So, when these marry, they tell men what to do.

“The men end up being abused and the result is always suicide. We had incident months ago where an induna [adviser] of the chief hanged himself. So, we should not only look at women being abused, men are also suffering in silence,” he said.

Director of Gender in Ministry of Gender, Children, Disability and Social Welfare, Mercy Safaraoh conceded that the fight against GBV is not yielding satisfactory results despite vigorous campaigns by various stakeholders.

“We are making a very slow progress in the fight against gender based violence but the most affected are women because, in most cases, men don’t report about these issues,” Safaraoh said.

Chawiri said these cases are on the increase in Mzimba, Blantyre, Lilongwe, Chiradzulu, Nsanje and Chikwawa.

Engender Health Malawi Executive Director Sarai Chisala Tempelhoff said her organisation chose to interact with traditional leaders of Mzimba, among other districts, because its cultural norms still contribute to the increase of GBV cases.

“We engaged these leaders as one of the engagements before the Umthetho Cultural Festival programme which is in line with our project,” Chisala said.

Engender Health Malawi is implementing Essential GBV Prevention and Services Project with its partners in Mzimba, Kasungu Chiradzulu and Blantyre with funding from United States, Department of State. 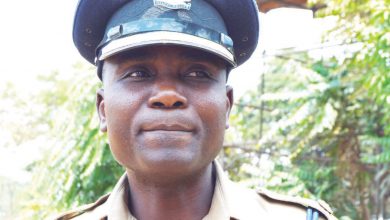