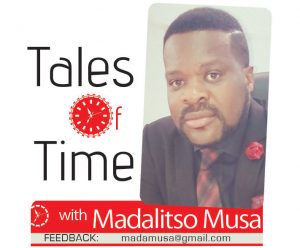 Why, man, he doth bestride the narrow world

Walk under his huge legs and peep about

To find ourselves dishonorable graves.

Men at some time are masters of their fates

The fault, dear Brutus, is not in our stars,

But in ourselves, that we are underlings.

Brutus, and Caesar: what should be in that Caesar?

Why should that name be sounded more than yours?

Write them together, yours is as fair a name

Sound them, it doth become the mouth as well;

Weigh them, it is as heavy; conjure with ‘em,

I curse the chains of culture that have left us manacled in the belief that we must always bow to people who have power and authority over us.

Truth be told, most of this authority is transient and will soon go. We have been made to live in exaggerated awe and disproportional veneration of people who we think, think better than us and have the whole world in their hands.

The price of having too much and unnecessary worship of people is that we hurt ourselves and we hurt such people, too, only that we are not aware of the reality. I have friends I learnt to crawl with and some we have met later in our lives. We have developed a bond because the code that we have lived for is: “Say it as it is and do not strive to impress.” If I am wrong, I do not expect them to caress my ego. They will be on the other side and bluntly tell me in the face that I am wrong and I have messed up. That is what we call love.

Yesterday, as my job dictates, I had to consistently watch and monitor political rallies and tours of both the Tonse Alliance and DPP-UDF Alliance.

Easily noticeable is that politicians will never change. They will always come up with some sweet-sounding messages that will keep the potential voter spell-bound: Cheap fertiliser, free laptops and cellphones, fantastic roads, immaculate heath care, jobs, food and all that a poor man would wish for. And, sadly, the poor man is wowed by all this.

When you come to the point of thinking through and thoroughly on the promises, those who still have some sanity will notice that these people take us for fools. They do not respect us.

In 2014 when he was campaigning, Peter Mutharika—the stand-in President of Malawi—promised that once voted into power, his first mission was—though allegorical—to open the Nsanje Inland port. In case you are not aware, the port in question is one which Peter’s brother, the late Bingu wa Mutharika fantasised about but only ended up becoming a souvenir mass of cement, bricks and stones. Today, Mutharika is yet to make true of his lie yet he still has the presumed confidence to look Malawians in the eye to ask for another shot at leadership.

Let us not coat the truth in balls of sugar. Mutharika is an old and tired man who should be retired. At his 80 plus years, he should have long retired and enjoy the sunset wherever his fortunes—ill-gotten or fairly so—would have taken him.

But an old man in senility and surrounded by jackals cannot be trusted to make sound decisions. The wolves around him are torturing the old man just to veil their shenanigans. They do not love him. They do not.

You can easily see that some sinners in the blue camp of the political divide are working so hard and desperately to have their poster father in power again. They know that the old man is their only hope to shield them from evil deeds that is why they have even gone livid and brutal. They are trying all tactics in the book but, when the writing is on the wall, the fall is imminent.

To say it in very raw terms, the Dpp-led government has brutalised us emotionally, economically and physically. If you ask me, I will tell you plainly that praise-singing and fear and respect of the government is purely genuflect for diablo.

A nation in full fight