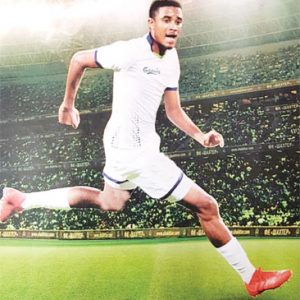 Phiri Jnr, who joined Wits in 2015, has spent much of his time at the club on loan at various clubs including relegated side Platinum Stars.

He returned to his parent club this season but has not played any competitive match at Wits after failing to help Stars escape relegation.

The former Caps United playmaker has struggled to break into Wits’ starting line up and has in most cases, also failed to make it to the team’s bench.

Phiri Jnr said he has terminated the contract with the club to experience a new lease of life elsewhere.

The former Be Forward Wanderers winger said he is training with National First Division side Ajax Cape Town and expects to seal a deal with the Urban Warriors on Monday.

“We have agreed to terminate the contract considering my lack of game time. I have to find a team where I will be playing. I arrived at Ajax a fortnight ago and I will conclude everything by Monday,” Phiri Jnr said.

Another Malawian who is also on the verge of leaving Wits is Gabadinho Mhango.

The Flames striker is also frustrated due to lack of game time despite helping the club to win silverware in the 2016-17 season.

Earlier this month, Gaba went for trials in Portugal and is expected to return to the European country in January.

Both Gaba and Phiri Jnr  were not part of the Flames squad that lost 2-1 to Comoros in a 2019 Africa Cup of Nations qualifier.