Human rights activists MacDonald Sembereka and Gift Trapence were arrested last evening, hours after President Peter Mutharika had threatened to deal with Human Rights Defenders Coalition (HRDC) if they go ahead organising demonstrations to shut down State residences on March 25 2020.

HRDC Central Region Chairperson, Billy Mayaya, confirmed the arrests of the coalition’s vice-chairperson Trapence and member Sembereka who were taken to Area 3 police station in Lilongwe.

The HRDC leaders have been charged with ‘inciting another to contravene the law, contrary to section 124 (1) (b) of the penal code’ following remarks they made on March 6 2020 when they ‘implied to members of the general public that it was desirable for them to contravene section 103 of the Police Act by unlawfully mobilising people to shut down’ Sanjika Palace and Kamuzu Palace.

HRDC Chairperson, Timothy Mtambo, has also been charged on the same and police were looking for him as we went to press.

“We are receiving reports that Gift Trapence and MacDonald Sembereka have been arrested and we strongly condemn this because it is contravening human rights.

“We suspect that our plans to hold demonstrations at State houses are major reasons why they have been arrested. We are hearing that they are at Area 3 but they will be transferred to Blantyre,” Mayaya said.

Sembereka confirmed about his arrest on his Facebook page, saying “I have just been picked by the police, told there’s a warrant for us.”

“Get up and smell the coffee. I am warning you for the last time. The party is over. I have tolerated this for six months because I did not want a repeat of what happened in 2011 when people lost their lives,” he said.

Mutharika, speaking after Homeland Security Nicholas Dausi, had issued a similar warning to HRDC leadership, said he would order Malawi Defence Force and Malawi Police Service to use maximum force if the demonstrators dared descend on State House.

The DPP leader also said he was ready to stand in the presidential election if Supreme Court appeal does not go his way.

Mutharika and Mec appealed the Constitutional Court judgement calling for the nullification of the May 21 presidential election results.

In an earlier reaction before his arrest, Trapence Sunday said they would go ahead with the planned demonstrations because people have a right told such protests.

“I think the President is diverting from real issues. What he needs to do is just sign the Electoral Reform Bills. People have the right to demonstrate but if they want to kill people like they did during demonstrations in 2011, let them do so because that is what they are known for,” Trapence said.

HRDC has since last year been organising demonstration to force Mec Chairperson Jane Ansah to resign.

After the landmark February 3 Constitutional Court judgement ordering fresh polls within 150 days from that day, HRDC also organised countrywide demonstration to push for the resignation of Mec commissioners who failed a capacity test by Public Appointments Committee of parliament last month. 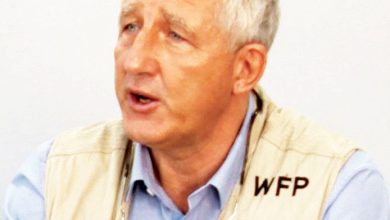