By Mc Donald Chapalapata, a contributor:

Imagine you are working in your maize field, and suddenly you feel like there are some grains of sand in your eyes.

You try to clear the ‘grains sand’ from your eyes but nothing changes. The discomfort continues and worsens. Your family members take you home because now you have started complaining about a headache.

Then, in no time, you cannot see anything. The shock beginning of a life of visual impairment.

This is not fictitious. This is a story of 74-year-old Kenneth Mota from Loti Village in Traditional Authority (TA) Changata in Thyolo. For two years in his adult life, he could not see. For 72 years, Mota had no problem with his sight. Yet, within hours, his bright world turned dark due to blindness. He lived with it for two years.

For 83-year-old Felitsa Dester from TA Khwethemule in Thyolo, it was also the same story. But she lost her sight five years ago. As a result, she depended on her children and grand children to take care of her.

Liviness Wanyunya who is in her late 60s from Ndaona Village in TA Nsabwe in same district also lost her sight.

“It started with a headache and I felt like particles of stones in my eyes and later I lost my sight, I could not see in both eyes. It was a living hell to lose my sight at my age,” recalled Wanyunya.

These are the some of the stories that people around Thyolo Thava and other surrounding areas were narrating to a team of journalists that visited Malamulo Mission Hospital to witness the locals’ sight being restored.

The people, all in their old age, lost their sight due to a condition called ‘cataract’ known as ‘Ng’ala’ in Chichewa.

Cataracts are caused by a build-up of protein in the eye, and usually develop because of old age, according to Sightsavers international website ( https://www. sightsavers.org/protecting-sight/what-are-cataracts/?).

“This is a big problem in this area and usually it is the old people that are victims of cataract,” said Wales Mvona, an eye surgeon working at Nkhoma Mission Hospital in the Eye Department but hails from Makwasa in Thyolo.

Mvona wanted to help his people to solve the cataract problem. He has the expertise but resources were a challenge.

“So, I spoke to a few people who come from this area that as Nkhoma Mission Hospital, we can come here to conduct operations to our grandfathers and grandmothers but we would need resources. Gladly, these people mobilised the resources and for the past one week, we have been conducting operations on about 170 people. They have regained their sight,” an audibly excited Mvona said.

“Cataract is curable. The operation does not take a long time; it can be done between 8 to 15 minutes and one can have their sight restored,” he said.

Mvona said they received some cases where some patients had completely gone blind for as many as five or even 10 years but they had their sight restored after the operation.

“When you have people who were seeing and they go blind, it affects the development of a country because all that they were doing is affected, even their way of life is affected and affect others around them.

“We are happy that we have helped these people and there may be others who have this problem; they should know that it is curable,” explained Mvona.

He commended the ‘sons and daughters’ of Makwasa for putting the resources together for the clinics.

“We worked hand in hand with traditional leaders to spread the message about these clinics. We first went around the villages to screen the patients and when we found those that required surgery we brought them here at Malamulo Mission Hospital for surgery and took them back to their villages after the surgery. They were just spending two days here in hospital,” explained Mvona.

To show support for the clinics, TA Khwethemule using his resources ferried some patients to the hospital for surgery.

The journalists were taken around and sat through some of the operations where one operation took only six minutes to finalize.

Vice Coordinator of the Restore Sight Makwasa Campaign Ben Taulo said when Mvona hatched the idea, the ‘sons and daughters’ of Makwasa saw it fit to help out.

“We did not go to any organisation to ask for funds. We contributed on our own to help our people here in Makwasa and we are happy that the clinics have managed to help 164 people who lost their sight,” Taulo said.

He said the group has almost 75 members some of whom are in the Diaspora.

There were 936 patients that were seen and treated, 377 of whom were males, 559 females and 106 children. A total of 164 patients were operated on with 152 major operations and 12 minor operations, according to Taulo.

“We would also like to thank Nkhoma Mission Hospital for releasing their staff members to conduct these clinics here. We have spent about K5 million on the clinics and we have been energised and we hope to do more of these because there are many people who need these operations,” Taulo said.

Indeed, Taulo and friends from the area had given the beneficiaries not just new energy but also renewed faith in God.

“I was frustrated and lost hope until I heard about these people who are restoring sight and I could not wait for this opportunity,” explained Mota.

Mota’s relief was shared by his family.

One of his children who was taking care of him when he was blind, Francis Liwa, said it was a challenge to look after an old man who had sight and unexpectedly lost it.

“We had problems, you can imagine when he wanted to relieve himself, we are his children and we had to help him, we had no choice. But we are happy that we are all going back to our normal lives now,” Liwa said. 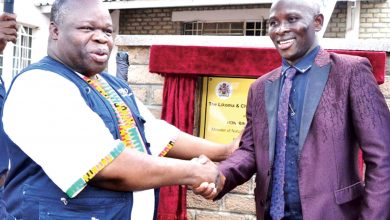 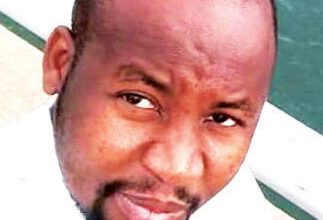 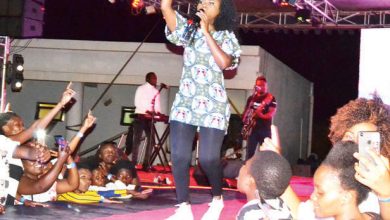