Musicians Union of Malawi (Mum) acting President, Gloria Manong’a, has called on people in the country to support artists by patronising shows in large numbers.

Manong’a said this on Saturday during the Summer Sounds concert held at Kanjedza Assemblies of God in Blantyre which attracted a low patronage.

The concert, organised by Living Worship in conjunction with Kanjedza Lion’s Outpost, was aimed at raising funds for children’s ministry.

“People have stopped supporting artists. I know there are a lot of challenges out there especially with the economy; but when artists organise shows, they need to be supported. Without the support, then it means they are losing out,” Manong’a said.

Of late, many of the gospel shows have suffered setbacks in terms of patronage with some quarters attributing the poor turnouts to gospel artists offering the same monotonous scripts.

“If you look at today’s show, the performances were very good and I wish if the patronage was good because they were also raising funds for children’s ministry,” Manong’a, who also performed during the show, said.

Manong’a opened the live performances during the show offering three songs including her popular track ‘Chilengedwe’.

“The other thing is that people have stopped buying our songs, all they are doing is share songs through different platforms. But artists spend a lot in the studio and for them to bring out more then they need that support,” she said.

Manong’a said she was happy to be a part of the concert to support the children’s ministry.

Before the live performances, the sizeable audience was treated to performances where artists were using CDs.

One of the musicians, who was part of the organising team, Blessings Gondwe said their target was to raise K1 million but they failed to realise it.

“I am a children’s minister and as an artist, I felt I should assist to raise funds so that children go for ministry in USA hence putting up this show. The attendance was not the way we wanted but we are happy we had a good concert,” Gondwe said.

He said they were targeting to hold more concerts to involve art as the children’s ministry trip was next year.

Gondwe said Assemblies of God worldwide has organised the trip in USA called Camporama 2020 and that it was for the ministry called Royal Rangers. 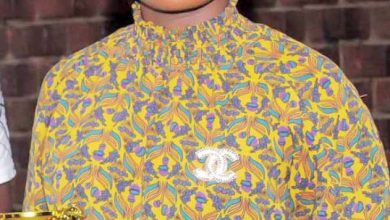