The sparkling start to the inaugural Women’s National Football League caused both buzz of excitement and shock waves across the football fraternity.

For starters, this is the first ever national women’s football league and it is expected to play a key role honing players’ skill and developing teams ahead of international commitments.

The formation of the league also coincided with the return of the women’s game in the country having been on the sidelines for over a year due to Covid-19 restrictions.

However, the opening weekend provided much drama leaving stakeholders with some questions if the league will achieve its purpose.

The highlight of the opening weekend were high scoring results in some of the games raising match fixing fears. 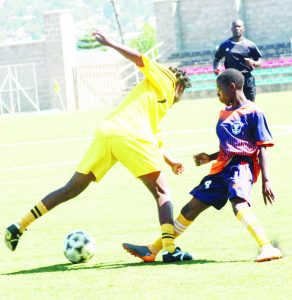 Much as it was fun registering high scoring games, there were also concerns if the results were a true reflection of the respective matches.

The women’s game has never been without trouble as in 2018 some teams were on each other’s neck following match fixing allegations. It all started with Southern Region Women’s League defending champions Blantyre Zero baptising YD Chikwawa 16-0 before rivals and title contenders Ntopwa humiliated Chikwawa Sisters 43-0.

Eventually, Ntopwa were crowned champions on superior goal difference. Earlier on, officials investigated both matches of any foul play but there was no strong evidence to suggest match fixing activities in both games.

Despite registering high scores in the inaugural Women’s National Football League, some teams have downplayed match fixing fears.Ntopwa owner Isaac ‘Jomo’ Osman, who also coaches the women’s side, feels his side won fairly.

“We have been working hard to do well. I was not surprised that my players performed well. It is bad that whenever a team wins with a huge margin then we should be suspecting it of match fixing,” he said.

Blantyre Zero owner Maggie Chombo-Sadik believes most teams were not ready for action having been inactive for over a year due to Covid-19 pandemic.

“I think some of the teams were not training at all. It was hard to follow home training routines. Those teams that are doing well worked hard during the time the league was dormant,” she said.

Her remarks were shared by DD Sunshine Coach Andrew Aluki Chikhosi who felt the long break contributed to poor form.

“It is not match fixing at play. If you can watch some of the games you will notice that some teams are unfit. In my case I would say even though we won 6-0 we are yet to hit our expected standards,” he said.

“We are alert guarding against match fixing. Otherwise, we will send our officials to those teams that performed badly to monitor their training and then we will decide on how best to assist them. The exercise will also include the teams that are doing well,” Ngwira said.

About 24 teams have joined the competition which has divided into two phases. The first phase will be a regional championship involving eight teams per region who will play in a round robin format on home and away basis.

Then a national championship will follow drawing together the top three teams from each region.