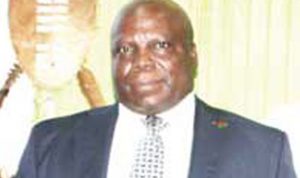 The government has come under fresh attack from the Catholic Church for having a dysfunctional civil service.

Bishop Martin Mtumbuka, who was guest of honour at the 50th anniversary of Ludzi Girls Secondary School in Mchinji District, touched on various issues which the government is failing to address.

Mtumbuka particularly cited bad government decisions in the education sector, drudgery at the Immigration Department and deep rooted corruption as some of the things frustrating Malawians.

Mtumbuka tore into government’s decision to abolish school fees in public secondary schools which he said is compromising the quality of education as well as putting a toll on grant-aided secondary schools.

On Monday, Ministry of Education reacted, albeit vaguely, to Mtumbuka’s complaint that the government is neglecting the education sector by pushing the burden to institutions such as the Catholic Church which owns several schools in the country.

Secretary for Education Justin Saidi said all issues regarding removal of tuition fees will be discussed at a meeting between government and other schools owners.

Apart from commenting on education, Mtumbuka lambasted operations at the Immigration Department which he said are slow, frustrating and questionable.

“For example, sisters who work in institutions like these [grant-aided schools] come from all parts of the world…When we try to process their work permits, it takes ages because of a frustrating system… they have to go to Lilongwe hundreds of times to get their TEP[temporary employment permit].

“We as bishops went to complain to the president about this. He was shocked that the situation was like that but it has not changed. We have brothers at Chaminade who have been there for five years and they have to travel every month to process visa only to be told that the files got lost,” he said.

Department of Immigration spokesperson, Joseph Chauwa, refused to directly respond to the bishop saying he was not sure of the context of the bishop’s concerns.

He, however, said the Department of Immigration and Citizenship Services, follows a clear set of procedures in its operations.

On issuance of permits, Chauwa said the department is in the process of digitalising the system to make it efficient.

“We do almost everything manually and it takes a lot of time. We handle thousands of files so it becomes easy for documents to be lost along the way. However, as part of the reforms, we are digitalising all the processes and we expect it to be more efficient. Soon the process will be completed,” he said.

The bishop then appealed to all Malawians to speak up against bad governance and rise up to demand an effective public service.

“A country cannot go anywhere with a disastrous civil service. Why should people wait for five years to get land?” Mtumbuka said.

Chief Secretary to the Government Lloyd Muhara—who is head of the civil service— could not respond to phone calls. He could also not be found at the office when we sought government’s reaction.