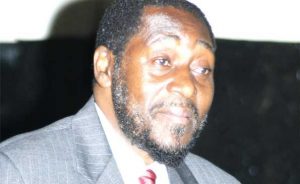 Minister of Industry, Trade and Tourism, Henry Mussa, has said lack of pigeon peas markets has prompted the government to tap money from the unforeseen expenditure vote in the 2018/19 budget to buy the grain from local traders.

Mussa said this when he addressed journalists in Lilongwe yesterday to clarify on the government’s move that Agricultural Development and Marketing Corporation (Admarc) should buy the commodity.

Rumors are making rounds on social media that there is a list of businesspersons set to benefit from the procurement of the commodity through Admarc.

On September 12, the Ministry of Trade, in conjunction with the Ministry of Agriculture, issued a press release informing pigeon peas farmers that they can sell their commodity through Admarc at K230 per kilogramme (kg) as a remedy to lack of markets for the crop.

The problem of lack of markets was perpetuated by India’s (largest pigeon peas market for Malawi) decision to ban importation of the commodity recently so as to accommodate its own farmers who produced excess volumes of the crop.

Mussa told journalists that the initiative is targeting 23,000 metric tonnes of pigeon peas from all districts where the crop is grown, translating to K4.8 billion to be spent on the exercise.

He said assertions that there is a list of people earmarked to supply the commodity is mere political rhetoric which should be avoided so as to protect peasant farmers from selling the commodity to unscrupulous vendors at between K30 and K50 per kg.

“You may recall that [the] government announced minimum prices for various agriculture commodities. Nandolo was pegged at K320 per kilogramme, unfortunately, due to desperation, vendors took advantage and started ripping off our smallholder farmers and that is unacceptable, hence the intervention,” Mussa said.

He added: “It is a control mechanism to ensure that our farmers benefit and we expect that, later, Admarc will sell out there at a better price. We have also sourced some local buyers who will buy from Admarc. The money will come from [the] government. We do have a vote approved by Parliament and it is called unforeseen circumstances. This is the vote that will cater for this expenditure.”

He added that the government is holding talks with their India counterparts with an aim of signing an agreement so as to allow Malawi to export pigeon peas to the Asian country.

The development has, however, not excited all farmers especially those who claim that it has come late considering that they sold their commodity to vendors at a low price.

Lilongwe-based pigeon peas farmer, Doreen Mtali, said it was vendors who will benefit from the situation as they have the stocks, unlike peasant farmers.

“The nandolo is already in the hands of vendors and they will sell to Admarc at that government set price; a huge exploitation of a poor farmer in the village. It would have been better if this price was known to a farmer way back and if Admarc was open in time as soon as farmers harvest their crops,” Mtali said.

‘MPs key to chamba use in Malawi’