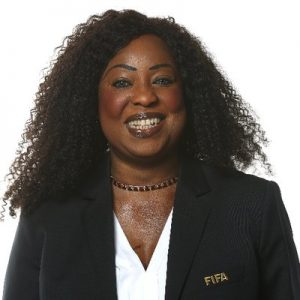 Nyamilandu achieved the historic feat for Malawi on Sunday at Confederation of African Football headquarters in Cairo, Egypt, where he trounced his South African counterpart, Danny Jordaan, by 35 votes to 18.

Director of Sports in the Ministry of Labour, Youth, Sports and Manpower Development, Jameson Ndalama, said the government was proud of Nyamilandu’s achievement.

Ndalama said the election of Nyamilandu should inspire other sports administrators in the country to aim for various leadership roles in international organisations.

“We are very happy with Mr Nyamilandu’s achievement. This is a clear indication that the country has administrators who are good enough to represent us on the global stage.

“We expect Mr Nyamilandu to promote Malawi’s interests as he takes up this big post. There are many areas in our football that need support and we believe the game will benefit from this,” he said

“Sulom would like to extend its sporty congratulations to Nyamilandu on his election as an executive. This is a positive development to Malawi football in particular and southern Africa in general,” the message reads.

The council is Fifa’s main decision-making body comprising 37 members under the leadership of Gianni Infantino.

By sitting in the Fifa Council, Malawi will become an active participant in the policy direction of the world football governing body.

Nyamilandu won the race in a re-run after failing to get majority votes in the first round. The Malawian topped the round with 23 votes followed by Jordaan’s 16 whereas former Tanzania FA president Leodegar Tenga came third with 14 votes.