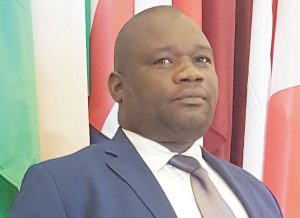 The government has said it will hold on to its 4.75 percent shareholding in FDH Bank plc following change of strategy on the same.

Earlier government indicated that it would offload its shareholding in the bank.

An announcement made by the bank on the results of its Initial Public Offer (IPO) indicated that the development prompted the major shareholder FDH Financial Holdings Limited to increase the number of shares for sale in the IPO to comply with minimum listing requirements.

The bank was compelled to list on the stock market in line with the bank’s contractual obligation with the government as part of the Malawi Savings Bank acquisition.

In an earlier interview the FDH Bank plc Chief Executive Officer, Elias Ngalande, said the development did not worry the bank or the majority shareholder.

“…in that agreement was an undertaking that the bank would list and upon listing, the government would dilute its shareholding. As far as we are concerned, we have fulfilled that contractual obligation so we have moved beyond that agreement, the rest is up to government to decide when to offload its shares,” Ngalande said.

But an interview Treasury Spokesperson, Williams Banda, said the government plans have changed.

“The intent was withdrawn due to current turn around strategies until it is reviewed and aligned to Government thinking,” Banda said.

Capital market experts feel the move does not pose any risk on the bank’s performance on the market.

“So, basically the decision will be of the board and not the government which has a minority shareholding,” Kamanga said.