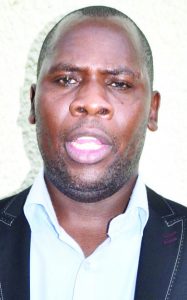 Speaking under one banner of Human Rights Defenders on the suspected abduction of Macdonald Masambuka of Nakawa Village, Traditional Authority Nkoola, in Machinga District, the group complained about delays in the delively of justice in cases where suspected albino hunters easily get released on bail.

“We, as human rights defenders, find this deplorable and aptly worrisome. The failure by the police to successfully investigate related cases and break the criminal syndicate shakes our trust in this institution,” reads the statement in part.

The trio lashed out at the taskforce which President Peter Mutharika set up to curb cases of violence against people with albinism.

“The taskforce set by His Excellency the President in 2015 lacks leadership and has failed to give Malawians concrete results. Again, government and relevant authorities seem to lack momentum in the fight while our brothers and sisters with albinism continue being killed and attacked,” they said.

Using Chapter IV of the Malawi Constitution, which commits the State to the protection of human rights “of all the peoples of Malawi,” the human rights defenders forum called on government to accord the issue the attention and priority it deserves and to eradicate the barbaric, inhumane acts once and for all.