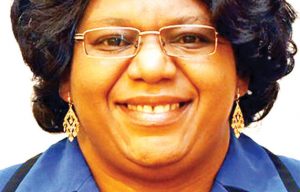 The government side Thursday protested the tabling of a bill that would see the establishment of a National Children’s Commission.

Thursday, Lilongwe Central Member of Parliament, Lobin Lowe, brought a private members’ bill to Parliament for the establishment of the commission, arguing that, with rising cases of child labour and cases that impede on welfare of children in the country, there is need for Parliament to discuss and pass the bill.

Minister of Gender, Children, Disability and Social Welfare, Cecilia Chazama, said the ministry faces financial problems; as such, “creating a parallel structure will not serve the purpose as it will be duplication of efforts”.

The Government Chief Whip, Henry Mussa, was also against the bill.

Leader of Opposition Lazarus Chakwera, expressed concern over the government’s position on the bill.

¨I have not been consulted on this bill; as such, this is not the time to add more commissions when [the] government has no funds,” Gondwe said.

The development did not go well with most parliamentarians and debate arose as most of them argued that Gondwe’s stance on the matter was not realistic.

Lilongwe Mpenu Nkhoma parliamentarian, Collins Kajawa, argued that Gondwe’s decision must be reconsidered as the commission is important.

Dowa East MP, Richard Kamwendo Banda, who is also Parliamentary Committee on Social Welfare Chairperson, rose on a point of order, saying it is disheartening for Gondwe to say that the government does not have money.

Lowe said he was disappointed with Gondwe’s position considering that the Ministry of Gender was involved in consultations on the bill.

¨We were taken by surprise that, on Wednesday, the Ministry said they were not ready to table the bill, ¨ he said.

After a heated debate, the bill was eventually referred to the social welfare committee.