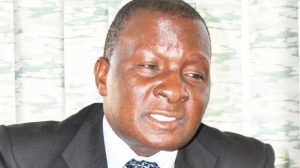 The government has been urged to curb the trend of fake news and misinformation propagated by technology and social media.

Mayor of Philadelphia, Jim Kennedy, made the remarks on Tuesday during a briefing he held with 24 international journalists who are touring United States of America (USA).

Kennedy said cases of fake news and misinformation are increasing due to improved technology in the world.

“The importance of media literacy and social media to inform the public and the government cannot be overemphasised. With the growing trend of technology, anyone anywhere feels they can write news and it has become a challenge to mainstream journalism. It is important to monitor and pay attention to this growing trend,” he said.

In relation to countries that are approaching elections, Kennedy said governments ought to enforce cyber regulations to ensure that the general public is not misled.

“Fake news mainly affects politicians who use it to their benefit so as to mislead people. This is not a problem that the media can fight alone. The introduction of fact-checking organisations can help reduce the negative impact which social media plays during election,” he said.

Minister of Information, Nicholas Dausi, said the Cyber Security Act gives the government the mandate to persecute anyone found guilty of propagating fake news and misleading the public.

“There is a relief legally and, on top of that, the government, through the Malawi Communications Regulatory Authority, will make sure that all those that are peddling fake news are brought to book because people have suffered a lot due to fake news.

“We are also asking religious leaders and opinion leaders to ask people to refrain from propagating fake news,” he said.