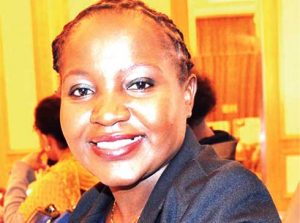 About 8,700 newly-recruited Initial Primary Teachers Education (Ipte) 10, 11 and Open Distance Learning (ODL) 5 are yet to receive their September and October salaries, one of the teachers has confirmed.

One of the teachers said they are leading miserable lives as most of them are teaching in hard-to-reach areas.

A teacher, who sought anonymity when contacted at his school in Thyolo District, said they were surviving on handouts from their head teacher.

“If it were not for our head teacher, life would have been very hard. But we cannot depend on him for long because he has a family and other responsibilities. We only ask the government to quicken the process. Life is not easy in the village,” he said.

The recruitment of the teachers, who have been unemployed for over two years, followed the passing of the 2018/19 National Budget which caters for the employment of 10,000 primary and 500 secondary school teachers.

Teachers Union of Malawi Secretary General, Charles Kumchenga, said it was annoying that teachers struggle to get their pay.

Kumchenga, however, said they have engaged the government which has promised to sort out the matter.

“We have been following up the matter with the ministries of Local Government and Education. The government has assured us that it would pay the teachers one-month salaries, thus for October. Salaries for September would be paid in arrears,” he said.

Meanwhile, Ministry of Local Government and Rural Development spokesperson, Muhlabase Mughogho, has admitted the delay but said processes are in final stages.

“You should appreciate that the teachers that have been hired are many but the ministry is working hard to finalise the process of putting them on the government payroll,” she said.

Last month, about 100 teachers in Blantyre were erroneously removed from the government payroll.

Ipte was introduced in 2005 to beef up the number of teachers in rural and hard-to-reach areas.