This is a repeat of last year’s Carlsberg Cup semifinal when Wanderers booted out Hangover 4-0 at the same venue.

However, this is a must win game for Wanderers following their disappointing outing after losing 2-0 to Blue Eagles in a TNM Super League match to drop to second on the table.

Hangover Coach, Macdonald Yobe, said his charges were strong and eager to pull a surprise when facing the giants.

“We might be underdogs but we can surprise them. I have confidence in my players who are playing according to instructions,” he said.

Hangover are on fourth position on SRFA Premier Division log table with 76 points from 34 matches.

Nomads Team Manager, Victor Maunde, said they were not underrating Hangover as the minnows knocked out Mighty Tigers in round of 16.

“We need to win at all cost. Indeed we lost to Eagles but we have encouraged the players to put in extra effort,” he said.

Midfielder, Francesco Madinga and striker Babatunde Adepoju are going through a bad patch but the Nomads have a pool of good players such as Vincent Nyangulu, Zicco Mkanda and Felix Zulu who can turnaround the fortunes of the team anytime.

Wanderers booted out Masters Security 3-0 at the Kamuzu Stadium with Zulu, Misheck Botomani and Mike Kaziputa scoring a goal each. 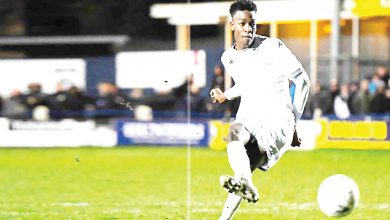