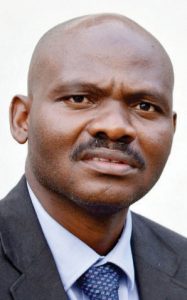 The Ministry of Health Monday started the administration of the week-long second dose of oral cholera vaccine in 14 districts in the country.

In May this year, the ministry successfully administered the first oral cholera vaccine in eight districts of the country

Ministry of Health spokesperson Adrian Chikumbe told The Daily Times that they have targeted all cholera-hit areas during this phase.

“We would like to urge those who will get the vaccine to make sure that they are following hygiene and sanitation practices as that is a sustainable way of dealing with the outbreak because the vaccine— much as it is effective and only for about five years— we have seen that it is not very easy to secure the vaccines,” he said.

The vaccines being administered are the 2.9 million doses of second oral cholera vaccines that were received on November 7 this month.

Meanwhile, epidemiologist Adamson Muula has observed that priority is being given to vaccine administration while foregoing the provision of clean water to the affected areas.

“The prioritisation is not appropriate because what we should have done is to ensure that people are provided with safe water as well as proper sanitary facilities but, currently, we seem to have emphasised on the vaccines, which is worrisome because vaccines are not 100 percent effective,” he said.

The ministry declared the cholera outbreak in early March after the first case was confirmed in Machinga District.

Following the outbreak, the World Health Organisation, with support from various global partners including the Gavi Vaccine Alliance and the Global Task for Cholera Control, launched the vaccination campaign by supporting the country with 3.9 million doses of vaccines which were to be administered in two doses.

The vaccine administration exercise will wind up on December 2 2022.