High Court Judge Ivy Kamanga on Friday granted bail to Evalista Chisale, who was acting Commissioner of Police in the Central Region, and 12 other police officers, suspected to have been involved in the murder of Buleya Lule. The Judge arrived at the decision to grant bail after the State told the court that investigations into the demise of Lule were concluded and that statements from witnesses were recorded and that the matter was ready for trial.

Judge Kamanga observed that the likelihood of the 13 suspects to interfere with the witnesses would be minimal.

“I hereby order that applicants be released from custody with conditions as follows; the applicants should not communicate, interfere or interact with the state witnesses, either by themselves or their agents by whatsoever means until the conclusion of the substantive matter,” Kamanga said. 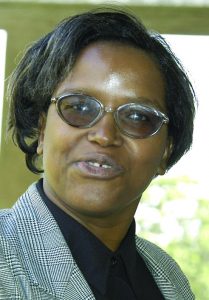 Meanwhile, Malawi Energy Regulatory Authority (Mera) CEO Collins Magalasi, the regulator’s spokesperson Patrick Maulidi, Bright Mbewe from Mera’s procurement office and Magalasi’s business associate, Dorothy Shonga are to spend more days in custody as the court failed to continue with their case due to Covid-19 disinfection at the court premises.

They were charged with three counts of fraud, money laundering and entering into a contract with an employee through a K107 million procurement deal. A charge sheet that Lilongwe Chief Resident Magistrate Violet Chipao read last Wednesday indicates that in August last year, the accused induced Mera’s Internal Procurement and Assets Disposal Committee to approve procurement of various items from VinkEnterprises, owned by Shonga.

“This week, one of the witnesses in Paul Mphwiyo case had tested positive to Covid-19 and we were advised to disinfect the premises immediately hence the inconvenience caused. We needed to balance whether to proceed open courts today and expose court users to Covid-19 or close the court and protect court users and our staff,” Patemba said.

She has since said the courts in Lilongwe are expected to be fully operational by Tuesday next week.