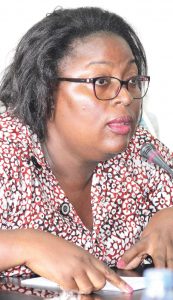 Chakwera fired the two on the premise that the Supreme Court of Appeal had found them incompetent in how they managed the 2019 presidential elections, a finding that was fortified by the Public Appointments Committee of Parliament to which the competence matter was referred to.

The order, which The Daily Times has seen, has also granted permission for Kunje and Mathanga to commence judicial review proceedings against Chakwera and Secretary to the President and Cabinet, Zangazanga Chikhosi.

“Until a further court order, the decision of the first defendant [Chikhosi] on or around April 7, 2021, rescinding the claimants’ appointment as Commissioners of the Electoral Commission be and is hereby stayed,” reads the order.

Speaking in an earlier interview, Kunje said they will proceed with the judicial review application as granted.

“We are back to how things were before they gave us those [rescission] letters,” Kunje said.

The order comes after the application which opposition Democratic Progressive Party (DPP) has filed against Chakwera and Chikhosi against the two’s decision to fire the commissioners.

The party’s lawyer Charles Mhango confirmed making the application, saying Justice William Msiska will tomorrow hear an application on whether they can commence the judicial review.

Malawi Congress Party (MCP) has applied to join the judicial review case in question, saying they too are an interested party.

The court dismissed the party’s earlier application to join a case in which Kunje and Mathanga sued Chakwera, demanding letters of appointment and benefits as Mec commissioners.

After being rebuffed by the court, MCP opted to revive another judicial review case they had commenced and discontinued last year.