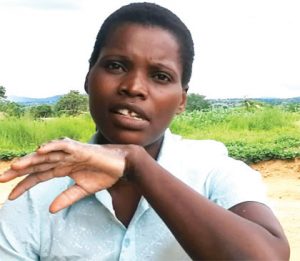 It is an inconvenience for workmates to share a house. But when those sharing a house are married and of the opposite sex, then something is terribly wrong—ethically and fundamentally. Such are the challenges some health workers face especially in health facilities located in rural areas. It explains why most workers refuse to be deployed to rural areas. SAMUEL KALIMIRA exposes it all.

They live in a three-bedroom house, prepare and eat food and do household chores together.

They do many things together, except sharing a bedroom in the house located in Mzimba West.

They are both married but their spouses and children stay in Mzuzu City, which is 120 kilometres away.

“Each one of us buys food budgeted for the entire month and bring it to one place. We cook and eat together,” Beatrice Mhango, data clerk at Manolo Health Centre, said.

Mhango lives in the same house with her boss, Brino Phiri, who is the facility-in-charge at Manolo.

The health facility is under Mzimba North Health Office.

The problem of shortage of staff houses that has riddled the country’s health sector has plunged them into such a compromising situation.

They admitted that surrounding communities despise the arrangement just as they distaste it, but they have to live with it for the sake of serving the lives that the Ministry of Health has entrusted them with in the area.

“I am married and so is my boss [Phiri]. We both respect our marriages. But we have no option, really. I don’t feel comfortable when my husband visits me; so does he.

“Unfortunately, there is nothing we can do because we don’t have enough houses to accommodate us. Honestly, there is no dignity at all,” Mhango said.

Mhango said the area does not have houses for rent.

“We are working at the facility just because we are serving people. Otherwise, we are not comfortable.

“My husband wishes he could come here frequently but fails because he does not feel comfortable in the house. This is also the case with my boss. I suspect his wife might be jealous, but I may not know because she has not shown it. It is a tricky case,” Mhango said.

Just like Phiri and Mhango, two other nurses who could not speak to us on record since they had not yet been cleared by their spouses to grant an interview on the matter, face a similar predicament.

They also stay under the same roof, with their spouses visiting them interchangeably.

Manolo is one of the facilities situated in the remotest areas of Mzimba- West Constituency.

It was constructed by Press Trust with two staff houses and serves a population of over 9,000.

Health Advisory Committee Chairperson, Bernard Zimba, said they sympathise with members of staff at the facility, saying whether married or not, every person’s right to privacy must be respected.

He said communities have raised concerns with the Ministry of Health through Mzimba North District Health Office (DHO), to no avail.

The situation at the facility, he said, affects health service delivery because the personnel are sometimes forced to stay away from work when their spouses visit the place.

“As you have observed, the people here are languishing in poverty. That is the reason they cannot construct good houses for some of these members of staff at the hospital to rent. As a result, when Mzimba DHO allocated us a medical assistant, we squeezed him into the house which accommodates a data clerk. They stay together because we cannot allocate them a grass-thatched house within the community,” Zimba said.

But Zimba said community members moulded bricks for constructing of houses but do not have cement and other building materials.

Most houses in Manola and Karanga areas are grass-thatched. The area does not have electricity supply and potable water, among other basic needs.

The area’s only Karanga Junior School is in dilapidated state. It operates with three teachers against 400 learners from Standard one to six.

Member of Parliament (MP) for the area, Harry Mkandawire, said he has been asking the government to address health and education challenges in his constituency but the pleas continue to fall on deaf ears.

“Housing challenges affect almost all health centres, especially in rural areas. We push for serious solutions to the problem but it seems it is not a priority for the current government. That is the reason I have resolved to support the community, using personal funds, to construct a house because bricks are available,” Mkandawire said.

Manolo is just an example of many facilities situated in rural areas which do not have enough houses for health workers.

Some houses have cracks, which put the lives of the workers and their families at risk.

Health centres such as Chambo, Kapenda, Kameme and Wenya in Chitipa and Mpata and Nyungwe in Karonga, Mphompha in Rumphi and Kachere in Nkhata Bay are other examples.

Moving to urban areas, The Daily Times observed that most health workers in districts and central hospitals stay in rented houses, largely due to the government’s perpetual failure to meet its obligations of proving housing for them.

National Organisation of Nurses and Midwives of Malawi President, Shouts Simeza, said it was shocking that some married nurses are accommodated in a single house without considering their privacy and gender of the housemates.

He said this was a violation of the right to privacy which every person is entitled to, as provided for in Section 21(i) (a) of the Republican Constitution.

“Nurses cannot provide quality service if they have challenges of accommodation, equipment and poor salaries. It is not proper for two or more families to stay in one house. Good accommodation is a must.

“Nurses are called anytime when there is a need for them at the facility. If they are far from the facilities, how will they rush to the hospitals, bearing in mind that vehicles and fuel are not always enough in many hospitals?” Semeza said.

He said shortage of accommodation discourages some workers from working in rural areas.

But Ministry of Health spokesperson, Joshua Malango, said the government is constructing houses under the Umoyo Housing Project so as to address challenges which health workers face.

“We are almost through the Umoyo Housing Project phase one and moving to phase two under Sector Joint Fund. Again, all new facilities’ packages include construction of staff houses.

However, Malango could not explain why the contractor has not handed over the houses [under Umoyo]. Construction was completed in 2017 due to underfunding.

The project is implemented and supervised by the Ministry of Health as district authorities are not incorporated in the project. 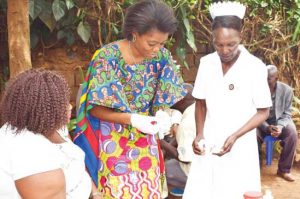 Parliamentary Committee on Health Chairperson, Juliana Lunguzi, lamented that the health sector is neglected because past governments’ priorities were upside-down.

Lunguzi said the government has enough resources to address some of the challenges but plunder of public resources remains a major setback.

“We have been talking about this for a long time. We have also been advising the government on how best to address health challenges but the response is always that funds are limited. Now, where is taxpayer’s money going?” Lunguzi queried.

But, all in all, it is a fact that many health personnel, shun working in rural areas due to challenges such as poor accommodation.

The challenges do not spare education and agriculture sectors. Sadly, it is the very voter who puts governments into power who is at the suffering end.