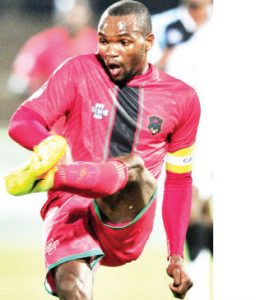 The Malawi national football team wound up its Cosafa Castle Cup campaign yesterday in Polokwane City, South Africa, with a match against Angola in a Group B dead rubber encounter.

Malawi News analyses how each player fared in the tournament which continues in the Rainbow nation:

Was not been tested to the limit at the tournament but let in two goals in a 1-0 loss to Mauritius and a 1-1 draw with Angola. His reading of the game should improve and so should his handling of set pieces.

Precious Sambani: Probably the best player for the Flames at the tournament. He has the stamina, height, pace, work rate and versatility. This is quite rare in most Malawian defenders. Sambani registered his first Flames goal in three matches when he found the net in the 1-1 draw against the Zebras. If he remains level headed, he could be the next big thing waiting to happen for Malawi football.

John Lanjesi: Effecient, strong on the tackle and commanding in the air. His positional discipline is good and his discipline justifies his position as captain of the side.

Peter Cholopi: His recovery tackles were not good enough but improved with each passing game. However, he lacks the stamina required of a defender and could be more effective as a defensive midfielder.

Gomezgani Chirwa: Started slowly but improved as the games wore on. He showed glimpses of potential on the overlap through the middle but hardly combined with his winger.

Dalitso Sailesi: Not the best of outings by his standards. He struggled in physical battles. He was mobile while also linking up play as he went up and down the pitch dribbling his way past opponents. However, his final ball and shot were poor.

John Banda: Showed versatility by accepting to play as a defensive midfielder. He was at his effective best while operating from wide areas. He troubled opponents with his powerful shots but his contribution was limited by the assigned role.

Rafik Namwera: Effective in keeping possession and shape of the team. Good turns, great vision and fantastic passing but not effective in making tackles and passing the ball forward.

Robin Ngalande: Operated wide on the right and was effective at cutting inside to initiate one-twos. Wonderful first touch and tricky on the ball but was ineffective minus the ball. He was guilty of waiting for the ball to come to his feet and hardly defended.

Chiukepo Msowoya, Alfred Manyozo: Did not play sufficient number of games to have an impact on the competition.

Gastin Simkonda: Was very quiet and isolated. Guilty of wastage. Gastin does not seem to have regained his form and confidence.

Richard Mbulu: Played too wide for a striker but showed a wonderful first touch, spring of pace on the turn and dynamism in his play. But he should learn to shoot more on target.