The High Court sitting in Blantyre has ordered compensation for two minors after they were circumcised by the Population Services International (PSI) without consent from their parents or guardians.

The order is contained in a judgment made on December 2, 2022 by Justice Dingiswayo Madise in Cause Number 339 of 2019.

According to the judgement, on May 24, 2018, using a public address system fitted to one of its vehicles, PSI publicised a voluntary male circumcision service it was offering on the day at Pensulo Primary School, about seven kilometres away from Manyowe Township in Blantyre.

Employees of the non-profit global health organisation, whose programmes target malaria, child survival, HIV and reproductive health, reportedly picked the two minors as they were going to school for the circumcision without consent.

The judgment faults the institution’s act in carrying out non-therapeutic, non-emergency, non-religious and non-cultural “foreskin removal” on the minors without first getting informed consent from their parents or guardians.

The court has described the act as tantamount to battery and an assault on the bodily integrity.

It adds that PSI owed the minors a duty of care to provide adequate information about the risks, permanent nature of the operation and the fact that the minors would forever live without a part of their manhood.

Further, the court observed that the company needed to obtain consent from the parents or guardians.

The organisation has also been condemned for breaching its duty of care when it omitted to provide the boys with adequate information about the operation and failure to obtain parental consent.

One of the minors, according to the judgment, reported that the circumcision was performed on him by a lady nurse/clinician followed by suturing and dressing of the wound before he was given a bag containing soap, a pant and 10 packets of Panadol and he was picked on a vehicle and dropped at the same place where he had boarded it.

On the second and third day while at home, the minor felt severe pain and PSI took him to a clinic in Blantyre together with his parents, according to details in the judgement.

He was admitted to the clinic for three days where treatment including intravenous therapy was administered.

“The treatment he received was not recorded in his health passbook. The same was recorded in the hospital file. His father was denied access to the records. All hospital expenses were settled by the defendant,” reads the judgment.

It adds that the minor did not go to school for two weeks because of the pain and that during the third week, he forced himself to go because it was time for examinations.

“For this court to be writing this judgment is surely a waste of the precious time of the court. As per the law and the various cases that have been cited, I need not investigate this matter any further.

“On a balance of probabilities, I’m in agreement with the claimants that the circumcision on service relating to the minor claimants herein was non-therapeutic, non-emergency, non-religious and non-cultural,” reads the judgment.

Madise concludes his judgement that he found that there was consent before the circumcision was performed and therefore there was assault and battery.

“The tort demands that a defendant must owe the claimant a duty of care and there must be a breach of such a duty which results in the claimant suffering damage.

“The fact that the defendant positively responded to the call and took the 1st claimant to […] clinic in Blantyre that in itself does not cure the tortious acts. The claimants must succeed in all claims as per the statement of case with costs,” he orders.

He has then ordered the successful litigants to take out summons for assessment of damages within 14 days of the judgement.

Male circumcision is the surgical removal of the foreskin – the retractable skin that covers the head of the penis.

Voluntary Medical Male Circumcision (VMMC) is one of the strategies being promoted to prevent sexual heterosexual transmission of HIV.

It has reportedly been adopted by 14 countries with high HIV prevalence and low circumcision rates.

“The 60.0 percent protective efficacy of VMMC has come with misconceptions in some societies in Malawi; hence, VMMC clients may opt for risky sexual practices owing to its perceived protective effect,” researchers Zimveka Jones Chatsika and four others said in their paper published in the BMC Public Health journal.

The National Aids Commission (Nac), in its VMMC communication strategy of 2012-2016, indicated that the practice is usually undertaken for religious, cultural, and/or social reasons.

“Recently, scientific evidence has shown that medical male circumcision, defined as the complete surgical removal of the foreskin, has a number of health benefits including reduced risk in acquisition of urinary tract infections, syphilis, cancroid, and the human papilloma virus,” Nac said. 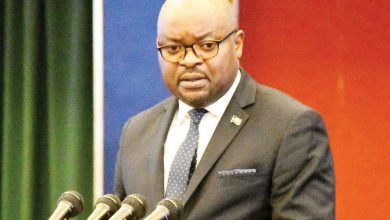