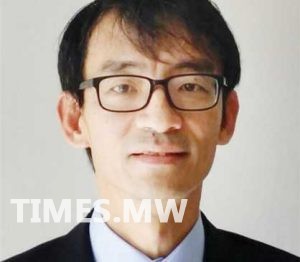 The International Monetary Fund (IMF) has challenged Malawi to tread carefully if it is to sustain consolidated economic gains and grow the economy further.

In a response to our questionnaire, IMF Country Representative, Jack JooRee, said the country should focus on maintaining sound economic policies.

He said the policies should be relayed to the public to win the trust of industries and market in the wake of volatile political situation.

This follows a spate of protests by Malawians in the country’s major cities disapproving outcome of the May 21 elections which posses threats to the economy.

Ree said the government and the Judiciary should do the right thing in resolving the political impasse.

“It is very important that what is happening on the political scene should go as soon as possible and that the grievances should be resolved within the confinement of the law so that it does not go into an uncontrollable direction which might cause fierce risk to the macroeconomic stability that has been established,” Ree said.

Commenting on the 2019/20 National Budget, Ree said an IMF team met the finance minister for their input.

He said the fund expects a prudent financial plan which will ensure downsizing and tightening in areas where there were wastage.

“What needs to be done is to keep consolidating, but also good prioritisation where the positives will be well reflected is required,” Ree said.

Recently, Economics Association of Malawi, an umbrella body of economists in the country, challenged the Treasury to trade carefully when formulating the next budget.

Ecama said sustaining economic stability registered in the recent past should be one of the pinnacles for the next financial plan.