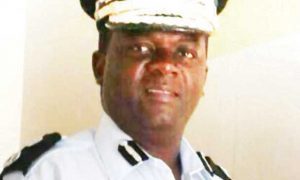 The Department of Immigration and Citizenship Services made a u-turn on its decision to re-deploy some of its top officials to several departments within the service.

Immigration and Citizenship Services Director General, Masauko Medi, who has authored the memo, said the transfers were due to exigencies of service that required immediate positing of the officers.

However, reacting to the leaked memo, Medi said the transfers, which were released on Monday, were cancelled on the same day.

He could not disclose why the transfers were cancelled, referring this reporter to the service’s spokesperson, Joseph Chawuwa, who was unavailable for a comment.

“These are administrative matters and they are not for public consumption; otherwise, call Chawuwa,” he said.

However, sources close to our investigations indicated that the transfers were effected because some of the officers cleared UTM officials, including Vice- President Saulos Chilima, who have gone to United States of America.

Towards breakthrough for the visually impaired