Goodbye 2019 and welcome 2020… that is what the world is talking about this time. So many things happened on the ground last year and the creative industry was not spared of the many activities that gave people the smiles.

Music continued with its exploits in 2019, with several artists releasing albums and others dropping new tracks. For some artists, it was time to shift goal posts from secular to gospel.

One of the artists who won the hearts of many people in 2019 and trended was Habusa Che Wikise, real name Frank Chawinga, who dominated proceedings in the Urban Music People (UMP) Blended Awards, scooping two awards out of three nominations.

Some musicians came out with their songs in 2019 but they failed to make the grade and thus they have to make sure they up their game in 2020.

For those that did well in 2019, it is time to celebrate their success but also at the same time make sure that they maintain the bar that they set.

Music just like other disciplines requires more in terms of effort so as to bring out the best. It is surely, not about quantity but quality.

With another decade coming in, some music streaming services compiled some of the songs that did well on the market in 2019.

These songs were among those that the world listened to the most in 2019.

According to www.malawimusic.com, the smash-hit of 2019 belongs to Kell Kay for his track ‘Mpaka Kale’ featuring Lucius Banda.

The Lilongwe-based musician in 2019 also debuted with his album Love After 24 which he first launched in Lilongwe before coming down to Blantyre last weekend.

According to www.malawimusic.com, the song ‘Mpaka Kale,’ which is taken from Love After 24 accumulated 88534 downloads from the artist’s fans locally and globally, claiming the top spot as the most played/downloaded song of 2019.

Kell Kay who has dominated the R& B Award in UMP in the previous years, received four nominations in the 2019 UMP Blended Awards but failed to grab any of the four.

His launch at Amaryllis Hotel in Blantyre which he described as a festive season present for the people, attracted an impressive audience, underlining his strength.

“I am thankful to the people for all the support they have given me. It has been a long journey and now that I am talking about a debut album, it shows the progress that I have made. I am also thankful to God for the talent. All I want is to continue giving people the best,” Kell Kay said.

He said he has always loved music since his childhood days and that music to him is business because it is the career that earns him his bread and butter.

“2020 is another year but I am hoping to work extra hard to give people more. Having launched the album in Lilongwe and Blantyre, I am also looking at taking it to Mzuzu,” the artist said. 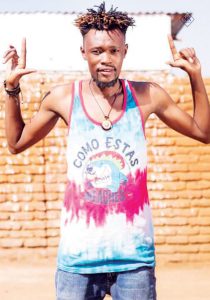 Right at the heels of Kell Kay was Wikise’s ‘Chikamphulikire’ with 80292 downloads. The song, although it came out late in the year, managed to be voted Song of the Year during the 2019 UMP Blended Awards.

The song continues to enjoy airplay in different platforms and this year, Wikise has a challenge to maintain the bar looking at the trend he set in 2019.

“I am happy with the progress I have made. For me, I just love what I do and the support that people give me. I know winning two awards in 2019 is not an easy feat, I am so thankful to the people for the support but to show that I am in it, I have to maintain this,” Wikise said.

The artist told The Daily Times last year that he has no intentions of releasing an album and that he will concentrate on releasing singles.

“For me releasing albums puts you at a disadvantage, there are times you can put together a good album and then put it on the market. You end up having some of the good songs in the album not being listened to. So, I will keep on releasing singles,” Wikise said.

On number three there is reggae-dancehall artist Saint with 79340 downloads for his song ‘Ntenga Moyo’.

Saint has also shown progress over the years, releasing quite a number of interesting tracks not forgetting ‘Delilah’, which still continues to enjoy airplay on the market.

The overall www.malawi-music.com year-end report also revealed that Sangie was the most streamed/downloaded female artist of the bunch with her collaboration song with Saint ‘Revelations’ which garnered 76,867 downloads since its release mid-2019.

While the market continues to be dominated by male artists, some female artists have shown that they have what it takes to stand toe to toe with their male counterparts.

Apart from Sangie, one of the female artists that has shown potential is Keturah.

“We keep on making progress and we keep on pushing. There is new stuff coming out but the main thing is to be creative and strive for quality,” Sangie said.

Malawi Music.com has since said it will continue giving musicians the platform for them to reach out to the people in the world.

It further says that Malawimusic.com will continue making music easily available in the absence of physical distributors and creating a new avenue for Malawian art to be sold thus ushering Malawi into the digital era of music distribution and promotion.

In this world of technology, musicians also have a very big job of making sure that their music is available and accessible through various online platforms.