Joseph Claude Simwaka and Ed-Grant Ndoza have been in the newsroom for over three decades, serving in various positions, including Editor and District Information Officer (DIO) respectively.

Their vast experience in the profession has seen Simwaka and Ndoza become ‘masters in their own right’ in reporting on politics, education, health, agriculture, religion and sports, among others.

However, the veterans admit to have failed to play their fundamental role in amplifying the voices of women and girls and pushing the limitations of silence around issues relating to gender-based violence.

In the recent years, Malawi has made progressive steps towards addressing gender-based violence (GBV) against women and girls through enactment of laws and ratification of various international instruments and treaties.

Gender related laws such as the Deceased Estates (Wills, Inheritance and Protection) Act (2011); the Gender Equality Act (2013) and Marriage Divorce and Family Relations Act (2015); and Trafficking in Persons Act (2015) are some of the instruments the government has enacted to promote gender equality and the empowerment of women in various sectors of life and economy.

Malawi is a signatory to the Convention on the Elimination of All Forms of Discrimination Against Women (CEDAW), the Vienna Declaration on Human Rights and Rights of Women, and the Sustainable Development Goals, which call for equality and empowerment of women.

But as the United Nations (UN) resident coordinator, Maria Jose Torres, notes, many women and girls continue to suffer in silence because they do not know they have such legal instruments available to protect them.

Additionally, these girls and women do not know where they can get assistance because the media has not done much to raise awareness about the existence of such instruments and how they can benefit from them.

“The media has a responsibility to help them by raising awareness about the available legal instruments and protection mechanisms,” Torres said recently when she closed a two-day media training in gender-related laws in Lilongwe.

With financial support from the European Union (EU), UN is working with over 50 journalists, largely from community radio stations, covering six districts where it is implementing Spotlight Initiative in Malawi to promote localised information dissemination, programming, and audience engagement on gender-based violence issues in the districts.

The Spotlight Initiative seeks to eliminate harmful cultural practices and all forms of violence against women and girls in Mzimba, Nkhata Bay, Dowa, Ntchisi, Machinga and Nsanje where these vices are most prevalent.

Over 50 journalists have undergone intensive training in gender related laws.

Torres said the UN appreciates the role the media plays in development and this is why the Spotlight Initiative considers the media as a strategic partner to work towards eliminating violence against women and girls in Malawi.

“UN believes that providing communities and victims with the understanding of the law can facilitate and enable access to justice and favours behavioural change. Hence, we believe that an informed media helps to positively impact the lives of women and girls in Malawi. A well-informed media also helps to address negative and stereotypical reporting that may result in perpetuation or normalisation of incidents of violence against women and girls,” she narrated.

“Engaging communities and leaders on gender empowerment issues is a key step to end practices deeply rooted in the social norms. That is why we organised the media training on gender-related laws,” she added.

Justice Zione Ntaba – Judge of the High of Malawi – observed that most media and gender activists seem to agree that mass media are not just mirroring society, but are also encouraging gender inequality through portrayal and presentation of women as weaklings and victims of violence in the society.

Ntaba – who facilitated the training – further disclosed that poor representation of women in mass media is directly influencing the marginalisation and subjugation of women in the society and that gender is thereby wrongly assumed to refer to women only.

She said to achieve meaningful progress in the advancement of women, and the society at large, there is need for a more fundamental change in mainstream policies and resources allocations to reflect the interests and views of women as well as men.

“Media practitioners are therefore expected to report gender related issues and occurrences from a gender perspective. This pattern of reporting also requires that the process of gathering, packaging and disseminating gender related information should be based on journalistic principles of accuracy, objectivity, balance and fairness to all gender categories,” the judge said.

“Most importantly, journalists owe it as a responsibility to protect the basic human rights of women based on ethical principles of the profession, democratic values, and the right to communicate, including the right to media access. The principles of journalism categorically stated as watchdog function brings to the fore need to report issues and occurrences with the maximum assurance of accuracy, fairness and balanced representation free from all biases, including gender,” she added.

Banda – who is also the Spotlight Initiative media network chairperson – disclosed that the knowledge gained from the training will enable journalists to create a platform for change starting from grassroots to policy-making circles.

“The training has rejuvenated our zeal and resolve to complement the effort of government and its development partners to end sexual and gender-based violence in Malawi. As journalists, we wish to pledge our unwavering support to Spotlight Initiative in its quest to eliminate gender based violence against women and girls,” he said.

Banda reminded scribes that in as much as those gender biases are natural and could act as internal factors in censoring media content to the disadvantage of women, journalists need to stick to their professional call to duty which overrides such human tendencies.

Malawi burns in spate of violence

Right to education amid Covid-19 crisis 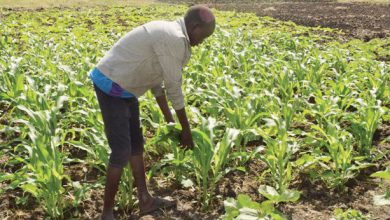