With crude prices at 11-year lows, the world’s biggest oil and gas producers are facing their longest period of inves tment cuts in decades, but are expected to borrow more to preserve the dividends demanded by investors.

At around US$37 a barrel, crude prices are well below the $60 firms such as Total, Statoil STO.OL and BP need to balance their books, a level that has already been sharply reduced over the past 18 months.

International oil companies are once again being forced to cut spending, sell assets, shed jobs and delay projects as the oil slump shows no sign of recovery.

US producers Chevron and ConocoPhillips have published plans to slash their 2016 budgets by a quarter.

Royal Dutch Shell has also announced a further US$5 billion in spending cuts if its planned takeover of BG Group goes ahead.

Global oil and gas investments are expected to fall to their lowest in six years in 2016 to US$522 billion, following a 22 percent fall to US$595 billion in 2015, according to the Oslo-based consultancy Rystad Energy.

“This will be the first time since the 1986 oil price downturn that we see two consecutive years of a decline in investments,” Bjoernar Tonhaugen, vice president of oil and gas markets at Rystad Energy, told Reuters.

The activities that survive will be those that offer the best returns.

But with the sector’s debt to equity ratio at a relatively low level of around 20 percent or below, industry sources say companies will take on even more borrowing to cover the shortfall in revenue in order to protect the level of dividend payouts.

Shell has not cut its dividend s ince 1945, a tradition its present management is not keen to break. The rest of the sector is also averse to reducing payouts to shareholders, which include the world’s biggest investment and pension funds, for fear investors might take flight.

Exxon Mobil and Chevron benefit from the lowest debt ratios among the oil majors while Statoil and Repsol have the highest debt burden, according to Jefferies analyst Jason Gammel—Reuters 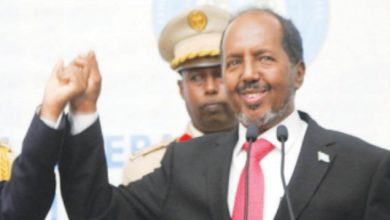