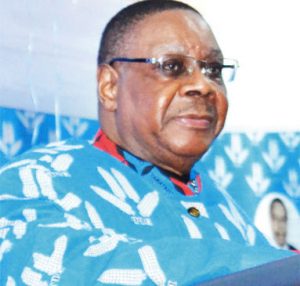 The African continent is replete with examples of bloodshed as a result of the so-called democratic elections.

Our leaders are happy to affix their parties with the derivatives of the word democracy but the truth of the matter is they do it as a public relations stunt because, in their heart of hearts, they are tin-pot dictators who want to rule by decrees and want everything to revolve around them.

They use all means to stay in power and it may even involve instigating violence or looking the other way when they see some political advantage in the machinations.

The latest semblance of a democratic election on the African continent has taken place in the Democratic Republic of Congo (DRC).

The electoral campaign period leading to the polls that took place some three weeks ago had been mostly peaceful although at least six people were killed in clashes at two opposition rallies, with police blamed for much of the violence.

In a joint statement last week, the embassies of the United States, Canada, Britain and Switzerland in Kinshasa said they were deeply concerned by the loss of life.

The United Nations rights chief also denounced the “excessive use of force” against opposition supporters, urging Kinshasa to ensure the “essential conditions for credible elections” to be fully protected.

This time, real problems only started last week when results of the DRC polls were announced and opposition candidate Felix Tshisekedi was named winner on Thursday.

The influential Catholic Church has questioned the result.

The church, having posted 40,000 election observers, said in a statement the result did not match its findings.

The runner-up, opposition candidate Martin Fayulu, has told the BBC he will mount a legal challenge against the official vote count.

“The result is a coup and not the truth from the ballot,” he said. “The Congolese want change.”

He accused Tshisekedi of reaching a power-sharing deal with the ruling party, a claim the veteran politician has dismissed.

There are fears the result could trigger unrest, with at least two people killed in the western city of Kikwit last week.

Simply put, the stage has been set for fire to be lit in DRC and the world is watching and listening attentively.

The presidential elections were a two-horse race between the then incumbent Mwai Kibaki, running on the National Party ticket and Raila Odinga, leader of the Orange Democratic Movement.

The tension was caused by tribal hostility, with Kibaki a member of the dominant Kikuyu tribe, gaining much support among the Kikuyu and neighbouring groups in central Kenya, including the Embu and Meru.

Odinga, on the other hand, as a member of the Luo ethnic group, succeeded in creating a wider base by building a coalition with regional leaders from the Luhya in Western Kenya, Kalenjin from the Rift Valley and Muslim leaders from the Coast Province.

In the end, Kibaki was declared winner with 46 percent of the vote and was sworn in at State House on December 30.

But Odinga also claimed victory and the reasons for civil unrest were enough resulting in the deaths of several people and the displacement of up to 600,000.

It only ended after the National Accord and Reconciliation Act which led to Odinga being appointed Prime Minister.

In Malawi, elections have largely been peaceful in the multiparty era starting from 1994 up today but this does not mean elections, if not carefully managed, cannot deliver anarchy, especially when you see our national leaders detesting each other at this time when it is just under four months before we go to the polls to choose a president, members of Parliament and ward councillors.

Any challenge to their leadership is crushed ruthlessly. 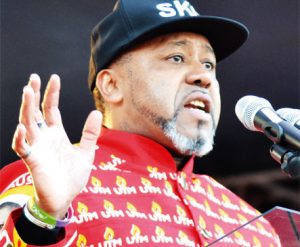 Fast-forward to the present. Chilima left DPP and now, he is leader of UTM and poised to be on the ballot paper as leader of the new party.

He has since joined the bandwagon of those raising the political temperature.

On Saturday,Chilima was in the lakeshore district of Salima where he condemned what he called political arrests of his party members, warning that they will be forced to take unspecified action if such arrests continue.

He said the arrests are taking Malawians back to autocratic rule, saying it does not make sense to take a suspect from Lilongwe to Zomba, wasting fuel for no valid reason.

The Veep lightly said he will be forced to direct Malawians to stop paying tax for two months to see where government will get money to be used for arresting political opponents if the arrests continue.

According to Chilima, government should be busy laying foundation stones laid rather than arresting people. 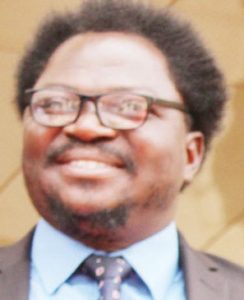 His sentiments follow the arrest of his party’s youth director, Bon Kalindo, on Thursday last week. He is on bail. Kalindo was locked up for apparently insulting Mutharika.

He is answering two counts of disorderly conduct at a police station and insulting the State President.

He is suspected to have committed the offenses at Balaka Police Station after the police held Chilima’s two aides following their conduct at Chiwanja cha Ayao cultural event at Mangochi Turn-Off last week.

Malawi has never experienced debilitating post-election violence since 63 percent of voters opted for multiparty in the 1993 referendum. Yet, there is evidence that political temperature rises, as it is happening now courtesy of angry politicians, every time there is an election.

Before the 2004 elections, for example, the Malawi Human Rights Commission (MHRC) released a report that showed cases political violence were on the rise in Malawi as political divisions deepened ahead of the polls.

The survey by the State-appointed independent organisation concluded that the politicisation of ethnicity and regionalism were encouraging violence and discrimination.

Hate speeches by political leaders, the fragility of democracy and the rule of law, and Malawi’s underlying poverty and illiteracy, helped drive intolerance, MHRC said.

“We want to establish the real causes and establish solutions to the prevalence of human rights violations, discrimination and related intolerance which are on the increase in our country,” Emiliana Tembo, then MHRC executive secretary, said.

She noted that complaints to the commission of beatings and harassment on political and religious grounds were running at levels normally seen at the height of election campaigns.

Today, as we go towards May 21, the same reasons behind tension are also obtaining on the ground. It is becoming evident that our politicians cannot stand each other even for a moment.

Whether it is a funeral of someone prominent or the launch of some cultural grouping, what obtains on the ground is the same. Politicians will either try to outdo each other or arrest one another just to flex muscles and show who is in control.

Sadly, the same tension filters down to the grassroots and there, the use of pangas and knives cannot be ruled out.

The funeral ceremony of Paramount Chief Chikulamayembe last month in Rumphi District should have united the country’s bitter political rivals in the name of Mutharika, Chilima and Malawi Congress Party president Lazarus Chakwera.

Right from how the three were to sit to whose name would be mentioned and at what point, to who was going to speak, all the way to camera angles, it was all suspicious.

At the centre of the rivalry is none other than the question of who is going to have the keys of the State House after May 21.

The tension in the air is so palpable that you can touch it or cut it using a butter knife.

Malawi is not burning but all the politicians need to do is to light the match stick with their careless mouths.

They have started it.