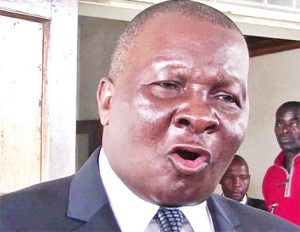 Apart from the aura of authority they exude, very important person treatment they receive, gentleman’s demeanour they project and the respect they command, the rest about Malawian politicians, including those in the Executive, borders on something between being shrewd and cunning.

You just cannot take, at face-value, whatever they say.

For this reason, being apologetic and owning up to a mistake is not something you would expect from a Cabinet minister; so Homeland Security Minister Nicholas Dausi’s apology directed to Association of Persons with Albinism in Malawi (Apam) can only be interpreted as a sign of humility and maturity.

“I truly regret that the true meaning which I had intended at that briefing did not come out as it was, I sincerely regret. I personally want to assure all persons with albinism that I am equally concerned.

“My ministry and I personally fully appreciate the pain, anguish and fear the abductions and killings of people with albinism have caused on Malawians,” Dausi said in a statement he released on Monday.

Whether it is many people dying in a disaster caused by human error, loss of the government’s money due to negligence, fraud and corruption, do not expect a Cabinet minister in Malawi to accept blame or even come closer to admitting it.

Dausi, too, when he hosted a press conference in Lilongwe last week, appeared to tow the same line.

In a dark hour when hunted and haunted persons with albinism needed to hear drastic physical measures the security agents have rolled out to comb the country of the vampires that have killed 24 people with albinism and maimed many others, translating to 160 cases since 2014, Dausi chose to switch to a defensive then outrageous mode.

Dausi first appealed to reason, then logic, when he suggested that it was unthinkable Apam could plan to hold a vigil at the State House in Lilongwe when it is actually relatives and parents of the victims who are at the centre of such gruesome killings and attacks.

Apam wants to hold a vigil at the State House in Lilongwe from March 6 to 8 so as to empty its displeasure right on Peter Mutharika’s doorstep, over his failure to take drastic action against the evil-doers.

In recent months, there has been a resurgence in the attacks on people with albinism, with some cases reported in Nkhata Bay, Karonga and Dedza.

Therefore, Dausi, as other politicians, have said countless times, advised against politicising the issue, saying dealing with such attacks demands collective effort.

Then came the moment when Dausi lost his breaks and control over his tongue when he appeared to suggest that the killings and attacks on persons with albinism in Malawi have not yet reached crisis levels to warrant a vigil.

In reaction, Apam through its president Overstone Kondowe, took a stance by withdrawing from the Presidential Taskforce on Persons with Albinism.

Several human rights defenders and activists joined in condemning Dausi for his remarks, before he sought to douse the raging fire through his apology which Apam received with a pinch of salt.

As Kondowe alluded to, it is not clear whether Dausi made the apology due to immense pressure or sense of remorse over the remarks he made in that spur-of-the-moment to forget.

“Let me say that it is Apam that requested for the apology and that he should also step down. So far, we are yet to see a copy of that apology. His apology, though not addressed to us, is not honest. Why has it taken him that long to make the apology? Is it because of pressure?” Kondowe said.

In other words, Kondowe raised fundamental questions on the sincerity of Dausi’s apology.

Was the apology from Dausi, the man who had suddenly appreciated that to err is human, or this was Dausi the politician merely dousing the fire?

Kondowe further suggested that even if Apam received the apology, they would still ask for Dausi’s resignation, saying his attitude betrays someone who heads a ministry that should protect persons with albinism.

They say that it takes a man to say sorry and, in owning up to his remarks that bordered on carelessness, Dausi proved that he was man enough.

Apam might doubt the sincerity of Dausi’s apology but, whether it was genuine, he is a first minister in many years to own up to a mistake.

They say acceptance is the first step towards solving a problem. Dausi must now match his apology with action.

If the police can line up the entire streets from Lilongwe to Blantyre protecting one man, then surely it should have enough numbers to protect persons with albinism who are under 10,000.

Whether that is practical or not is an issue for another day but the fact is that persons with albinism are living dangerously like strangers in their own country. One can only hope that history will judge Dausi kindly.