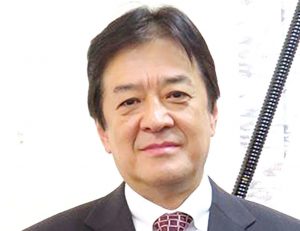 Japanese Ambassador to Malawi, Satoshi Iwakiri, has appealed to all Malawians to encourage their children to stay in school.

The ambassador made the remarks at Machentche Primary School in Lilongwe yesterday when he inspected a school-feeding project which the Japanese government funded.

Iwakiri hailed implementing partner, Foundation for Irrigation and Sustainable Development (Fisd) for carrying out the project effectively at the school.

“This was the first trial for my government to fund such a project. In the near future, we will try to spread this project throughout Malawi. Today, I took my colleague from Japan International Cooperation Agency (Jica) to consider and formulate new projects for us,” he said.

Fisd Executive Director, Frank Mwenechanya, said they borrowed an idea of World Food Programme (WFP) to provide the school with porridge for learners in a sustainable and self-reliant way.

“In our model, instead of just giving the school porridge or money to buy maize, we developed a garden and drilled a borehole. We then put up solar panels and put up some hydrants that irrigate high value crops such as vegetables, which they sell and earn money, to at least, buy maize and soya beans to make the porridge for the learners,” Mwenechanya said.

Senior Group Kapadzanja thanked the Japanese government for implementing the project in his area.

“The school-feeding project has increased enrollment as well as attendance rate at Machentche Primary School,” he said.

The project has since attracted more learners, a development which has led to increased enrollment.

Kapadzanja pleaded with the ambassador to help construct school blocks, as currently there were only four learning blocks catering for 1,033 students.

This project was inaugurated in March 2019 and completed within seven months. A total of K40 million was invested in this project.