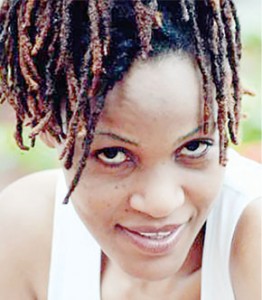 The nominees were announced on Friday and the public voting opened immediately after the announcement and closes on February 26, 2016.

“I call upon Malawians to vote for Joyce Mhango Chavula to do well in this category,” said Nyirenda.

Mhango has received a nomination in one of the newly introduced categories – Best Movie for Southern Africa for her film titled Lilongwe.

The movie was premiered during this year’s film festival spearheaded by Fama with other stakeholders in Lilongwe in October.

Last year Mhango Chavula also received a nomination in the Africa Movie Academy Awards (Amaa) for Best Feature Film by Director for her movie No More Tears but she failed to make it.

“I believe I am walking the right path, the transition from theatre is proving worthwhile and I am happy to receive a nomination,” she said.

Mhango Chavula who has also starred in other movies including Shemu Joyah’s The Last Fishing Boat , said she submitted the movie just to give it a try.

“Last year I noticed that some of my friends submitted their movies which did well and I thought I should do it this year. It’s quite humbling and it shows that something is happening in our film industry and there is something to fight for,” she said.

Lilongwe is a film which was also selected for screening in the competition category at the Silicon Valley African Film Festival in October.

This is a story of a 13-year old girl who later grows into a beautiful young woman but still haunted by her past.

According to Mhango Chavula, the film talks about a very strong woman who had three children from three different men.

“Society says she is a prostitute but she believes she is doing her best to survive. Throughout the story, Lilongwe is saying, don’t judge me, you don’t know my story,” explained Chavula recently.

“The film was shot in rural and urban Lilongwe. The title was an inspiration from Onyeka Nwelue, a Nigerian writer who once visited Lilongwe and fell in love with the city and he wanted to do a film but later could not,” said the actress.

Mhango Chavula also said musician Neil Nayar also features in the film and that he did the theme song.

The awards are spearheaded by Africa Magic in association with MultiChoice and the headline sponsor Amstel Malta.

“The AMVCAs remain the most important celebration of film and television talent across Africa, and for the 2016 edition we have received over 2,500 entries. Everyone is undoubtedly excited.”

Since the maiden edition in 2013, the AMVCAs have celebrated the contributions of African film makers, actors and technicians to the success of the continent’s film and television industry.

With the fourth edition, which is scheduled for March 2016, Mba Uzoukwu said they were excited with the addition of new categories like Best Movie for West Africa, Best Movie for East Africa and Best Movie for Southern Africa