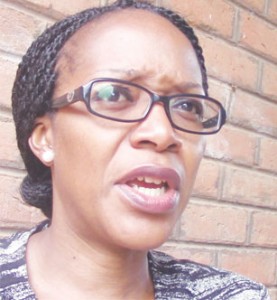 Two High Court Judges Annabel Mtalimanja of Lilongwe and Redson Kapindu of Zomba High Court have urged this year’s final Security Studies students at Mzuzu University (Mzuni) to specialise in International Human Rights and Humanitarian Law (IHL) and make it known to many Malawians as it is not limited to soldiers only but also civilians.

Mtalimanja made the call in her speech before presenting awards to the best four students who presented outstanding research papers on IHL. Kapindu made his remarks in an interview with The Daily Times and said the students were hope for Malawi in IHL according to their research papers. Both Kapindu and Mtalimanja formed a panel of judges that assessed the presentations.

Mtalimanja commended Mzuni for introducing IHL saying it will help Malawian soldiers to operate within legal framework of International Human Rights and Humanitarian Law in their military operations.

“These officers are involved in operations mostly military operations, security keeping operations. They operate within a framework of international humanitarian law and the rules and principles that govern this area.

“It is important for them to be exposed to these principles so that when they are engaged in these operations, they are operating within the framework of the law so that they do not find themselves on the wrong side of the law, so to speak,” said Mtalimanja.

Mzuni Security Studies Course Director Dan Kuwali said the presentations were to promote awareness of IHL in the country and to demystify that IHL is only meant for soldiers.

“On becoming party to the Geneva Conventions, Malawi undertook to disseminate IHL as widely as possible in the country by making them known to the entire population, the military and civilians alike in time of peace as in time of armed conflict.

“Unfortunately, not enough attention has been given to this obligation of dissemination in practice. Needless to say that to be effective, dissemination must take place in peacetime. Since the country has incorporated the Geneva Conventions as part and parcel of the Laws of Malawi, any breach of IHL is a contravention of the Laws of the land,” said Kuwali.