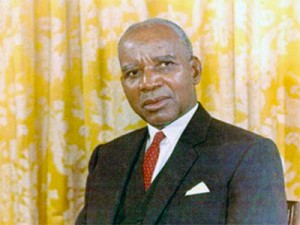 On May 21 this year, all roads lead to polling stations to choose a president, members of Parliament (MPs) and ward councillors.

Whoever wins the presidential seat will continue the development journey that Dr Hastings Kamuzu Banda, first indigenous president of Malawi, started during his regime (1964-1994).

People have said both positives and negatives when comparing Banda with leaders that came after him, namely Bakili Muluzi, Bingu wa Mutharika, Joyce Banda and Peter Mutharika. But the fact remains that Kamuzu was the father of development.

Posthumously, if Kamuzu were to vote in the coming May 21 elections, who could he vote for?

Definitely, he could vote for somebody who is devoted to national development; someone who has a good vision for this country because Kamuzu himself had a great vision for Malawi.

He envisioned a Malawi that would be a better place to dwell in for every citizen regardless of tribe. It is not wrong to call him a development-oriented leader, let alone a statesman. A statesman is a vastly cherished and high-ranking leader who is dutiful to public service.

Kamuzu belonged to the latter because he dedicated his whole political life to the task of laying a concrete foundation for future generations. On May 21 this year, Malawi needs a similar leader.

Kamuzu tips us not to avenge because that is not good for development. He had no time to avenge on the colonialists who ruled this country before him. Instead, he dedicated his time to developing the country for future generations. He built hospitals and schools across the country. Kamuzu ensured that these hospitals had enough drugs while schools had enough and skilled teachers.

He established the University of Malawi (Unima) in 1974 by opening Chancellor College (Chanco) and ensured that no deserving student failed to access tertiary education.

At that time, there were less economic activities among Malawians; hence most parents could not manage to pay school fees for their children at university. This prompted Kamuzu’s government to introduce university loans for students.

This enabled many Malawians, regardless of their financial background to access tertiary education and the majority of former Unima students are in positions in the civil service and private sector contributing to the development of the country. Kamuzu would like a president with a deep passion for education, agriculture and health to win in the coming elections.

Kamuzu transferred the capital of the country from Zomba to Lilongwe, a move which led to easy and speedy expansion of the city. This decision makes sense now when one looks at how Lilongwe is expanding.

He did not want to walk alone on the development path, hence he encouraged Malawians to work hard in whatever they did. He built four cornerstones of obedience, loyalty, unity and discipline to ensure that Malawians followed his path in development.

These were great foundations for development work in the country.

Political analyst from Chanco, Mustapha Hussein, once said the discipline that Kamuzu injected in people helped them to be development-oriented.

“Kamuzu Banda was a strong leader; he did not entertain nonsense. He ensured that there was discipline among people. It was this discipline that made most Malawians to be hard-workers and people who feared crime,” Hussein said.

Kamuzu’s approach to discipline was in line with that of Greek philosopher and scientist Aristotle, who said: “What the statesman is most anxious to produce is a certain moral character in his fellow citizens, namely a deposition to virtue and the performance of virtuous actions.”

Kamuzu also worked hard to establish structures that would provide services to the public, considering that the private sector was not vibrant when the country got independence from the colonial masters. For example, he established statutory corporations which remain relevant today.

On agriculture, he did not just formulate good policies but also encouraged his team to have farms. This encouraged Malawians to follow suit and farming was a practice which was adopted by many everyone; no wonder, cases of hunger were rare.

Hussein cited the late president Bingu as a leader who was close to Kamuzu as far as visionary leadership is concerned. “Definitely, Kamuzu’s wish could be seeing another ambitious leader ascending to the presidency on May 21 2019.

For example, both Kamuzu and Bingu promoted equality in education. Both of them also worked hard to promote education through infrastructure. Kamuzu established University of Malawi while Bingu brought Malawi University of Science and Technology,” Hussein said.

But many of the subsequent leaders do not match Kamuzu because most of them put politics ahead of development.

If Kamuzu were alive today, he could vote for a president who would ensure that the country uses its available resources efficiently to grow economically. Since Kamuzu is no longer with us, it is important to please him by voting for a development-oriented president. This is possible when Malawians come out and vote wisely on Tuesday, May 21 2019.