Three years after the new Karonga-Chitipa Road was officially opened, what is life like for people in the two districts, for people living along the road? MANDY PONDANI went to find out what boom or bust this product of Malawi-China relations is transporting

IT was probably the most heavily politicised road in the country. For 51 years, politicians came, promised to rehabilitate the road and they would leave without the said improvement.

And the communities in the two districts would be left lied to, lies that only became pronounced with the everyday tortures they suffered travelling or thinking about travelling on this road.

Anastazia Simwaka, 46, has lived a better part of her life in the remote area of Wenya to the very North of Chitipa.

Her memories are still fresh on how she almost lost her life on one of her trips in 1990 to deliver her fourth of the six children at Mzuzu Central Hospital.

There are a lot of painful memories which she has about her many trips on this road. But her experience in 1990 is too hard to forget.

She was then travelling by ambulance that day. On the way, the vehicle swerved in the muddy winding strip before it overturned

“[But] I have never been over the bewilderment of that fateful day,” Simwaka says.

Her experience is one of the many to be told by those that travelled on the Karonga-Chitipa Road prior to 2013 when it was officially opened.

When faced with critical ailments that got referred to either Karonga or Mzuzu Central Hospital, families needed to ponder over how they would make the 5-hour trip over the most treacherous terrain known in the area to Karonga before connecting to Mzuzu.

The nightmare often became even worse during the rainy season when the road was impassable, literally.

Some of these sad stories are told by farmers in this belt.

For decades, coffee, tea and tobacco farmers in the Misuku and Mafinga hills remained disconnected from potential commercial buyers for their commodities. So the farmers toiled in vain. They worked so hard – to become poor.

Then, late president Bingu wa Mutharika struck a diplomatic chord with China for the Asian nation to finance the rehabilitation of the difficult road. China did.

Today, farming in the area is a well-paying occupation for many.

Lameck Musukwa, 53, is a tobacco farmer from Mwenelufita Village. He says his household’s income has trebled in the three years that the new 102km Karonga-Chitipa road has been functional.

“Not so long ago we were a wasted potential. All the fertile plains you see here were useless because there was no way we could cultivate all this land for consumption. Yet, commercial farming was a far-fetched dream due to transportation problems in the face of the poor road network.

“Thank heavens we can now make as many trips as possible to Karonga or Mzuzu in a day to sell our farm produce,” he says.

For 51 years, people of Chitipa lived a life of stagnation, poverty and misery as they remained technically disconnected to the rest of the country.

A 2012 World Bank Report on Africa’s economy says there is great correlation between a country’s economic development and quality of its road network. This means a good and reliable transport system is a vital recipe for growth.

Project Officer for the Catholic Commission for Justice and Peace (CCJP) for the Karonga Diocese of the Catholic Church, Sydney Mwakaswaya, says the road has made it easier for his organisation to implement good governance, health, water and sanitation projects in the communities.

“Unlike in the past, CCJP and other organisations are able to engage communities in various kinds of responses on matters that directly affect them because the hustles of mobility have been lessened. We now see results,” he says.

The economic boom experienced in Chitipa and Karonga in the past three years is seen as a manifestation of the impact of the improved road condition.

Chitipa boasts of various banks, micro-finance companies; non-governmental organisations and other businesses which have transformed the face of the district.

Paramount Chief Kyungu, whose reign spreads across the two districts, is optimistic that more benefits are on the way.

“Development is a process; we are not where we would love to be but we are optimistic that this road will open more windows of development for the two districts.

“As we all know, there are mining activities taking place in the districts of Chitipa and Karonga and our wish is to see the road enable people reap from such activities, be it at small or large scale,” said Kyungu in a recent interview.

For decades, it was hard to express such optimism.

Chitipa and Karonga were districts far from each other. Chitipa was excluded from growth. It was isolated, as it were, from the rest of Malawi for which it earned scornful remarks from some citizens that people from Chitipa were immigrants in Malawi.

That said, like all other developments, this one has also a dark side. Traditional Authority Mwaulambya, while acknowledging the benefits, tells how the improved road has also been transporting chaos.

In the three years that the new road has been in use, he says, Chitipa has seen a surge in illegal cross-border trade involving Malawians, Tanzanians and Zambians.

Courtesy of ease of transportation, girls in self-boarding secondary schools in the area are now increasingly falling prey to men from across the border who lure them into sex in exchange for money and other requirements.

“This is quite a new challenge for community leaders here and I am convinced it’s because traveling has been made very easy. In the past years we never had such issues. Now some schools can report two to three cases of girls being impregnated by Tanzanians in just a month,” he said.

Mwaulambya fears this could peg back the gains the district has made thus far as a result of the road.

For the current DPP-led administration, the Karonga-Chitipa Road evokes memories of the late Mutharika, the man behind the completion of the project after many years of it being used by politicians as a campaign tool.

Minister of Transport and Public Works Francis Kasaila says the road remains one of the major landmarks to the Malawi nation.

“As government and also the ruling DPP we are impressed by the change that the road is bringing in the lives of people of Chitipa and Karonga. All one needs is to travel to the two districts and recall the sight of the two bomas some seven years ago and compare that to the current look.

“As DPP government we will always hold fond memories of that road because it’s part of the legacy that our party founder left for the children of Malawi, all the great effort he put in to ensure that the Chinese government completes the $70 million project which had stalled for years,” he says. 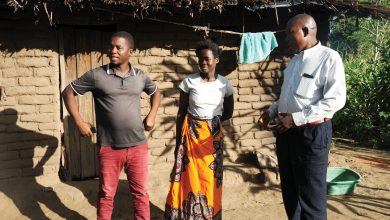