Organisers of Urban Music People (UMP) on Saturday night announced the nominees for this year’s Blended Edition to be held at Crossroads Hotel in Blantyre on December 14 2019.

The nominees were announced during a nomination party held at Waves formerly Cockpit in Lilongwe where artists such as Malinga Mafia and Hazel Mak performed.

Having recently launched his debut album Love After 24, Kell Kay has received nominations in the categories of Artist of the Year, Music Video of the Year and has seen two of his songs being nominated in the category of Song of the Year.

“I never expected this. It is actually the first time for me to get four nominations at one time and again receiving nominations in other categories. It is something huge and I am so thankful to God for the talent,” Kell Kay said yesterday.

Wikise has among others, received nominations in the categories of Artist of the Year (Male), Song of the Year and Music Video of the Year for his song ‘Chikamphulikire’, which is trending at the moment.

The youthful artist, who on Saturday afternoon joined several artists performing at Mkombezi Ground in Chikwawa during the launch of the Be in Control Campaign, yesterday welcomed his nomination in different categories.

“I am excited and the nomination alone will motivate me to do even more even if I don’t win,” Wikise said.

The other artists who have received more nominations include Patience Namadingo and Gwamba.

In the category of Best Duo/Group, the names that have made the list are Archaida Universe, Brainlock Fam, Mabilinganya Empire, Njuchi Zitatu and XVI.

In the category of Music Video of the Year, the list has ‘Chikamphulikire’ by Wikise, ‘Go’ by Kell Kay, ‘My bag’ by Toast, ‘Ndagoma’ by Fredokiss featuring Bucci & AK and ‘Ng’wing’wi’ by Namadingo.

The other categories include Producer of the Year of the Year which has DJ Brown, DJ Sley, Henwood, Martin Angelz and Zephy whereas in the Song of the Year, the list has ‘Chikamuphulikire’ by Wikise, ‘Go’ and Mpaka Kale by Kell Kay, ‘Mtengamoyo by Saint and ‘Ng’wing’wi’, by Namadingo.

In the Best New Fashion Designer, the list has Dickson Keith Kanyenda, House of Daniella, Legacy Fashions and Scorpie Clothing whereas in the Fashion Designer of the Year, the names making the list are Christian Entwan, Jay Designs, Mis Pearls and Xandria.

UMP Director, Ken Zizwa, said yesterday that the announcement of the nominees has been well received.

“We are happy with the participation of the urban music and fashion public and stakeholders during the process of coming up with the nominees. We expect the same as we go into the final round of voting,” Ken Zizwa said.

Meanwhile organisers have also indicated that the Fashion Living Legend Award recipient-designate will be announced next week. 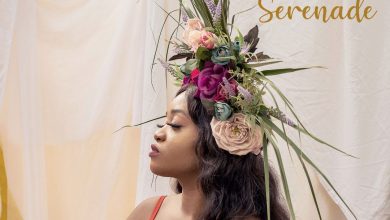