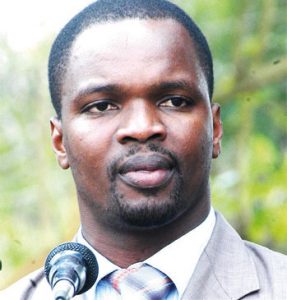 Malawi Congress Party (MCP) president, Lazarus Chakwera, has spoken strongly against the resurgence in attacks on people with albinism, vowing to deal with the problem within a month once voted into office in the May 21 Tripartite Elections.

At a press conference in Lilongwe Thursday, Chakwera wondered why the government is failing to track down the people behind the attacks.

“People with albinism would not be a target of these abductors if there were no markets. The killers keep doing this because there are markets. Use the people already arrested to get the information on where the market is,” Chakwera said.

“We know the police can arrest people involved in this crime. But, somehow, police officers are not using the information from those arrested to track down the buyers.”

Chakwera said he was saddened by the abduction of Goodson Makanjira, a 14-year-old boy with albinism in Dedza District, and other recent attacks on people with albinism.

Chakwera also faulted the government for failing to provide K3 billion which is needed in the implementation of the National Action Plan aimed at fighting attacks on people with albinism.

State House spokesperson, Mgeme Kalilani, Thursday said issues of government funding are not the personal responsibility of the President.

“If he is talking about the issue of government funding, then it is morally wrong. Chakwera should not politicise the issue of attacks on albinos, which calls for collective responsibility,” Kalilani said.