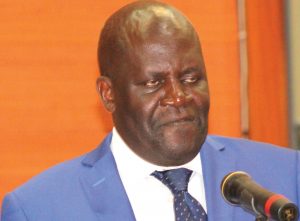 Responding to questions from reporters in Lilongwe Monday, State House Press Secretary Brian Banda said the President was optimistic that the two boards would find a viable solution to their standoff, which has protracted for over seven months.

Banda said Chakwera understands that Mera and Nocma has boards that would follow the law and energy regulations in coming up with a better solution to their standoff.

“President Chakwera believes that the two boards will do their job competently in serving Malawians better because we should always remember that we are in these positions to serve Malawians. Our fidelity is to the people of Malawi.

The observation by State House comes after the Parliamentary Committee on Natural Resources on Saturday overstepped its mandate and ordered Nocma to proceed in awarding fuel importation contracts despite a strong objection from Mera on the cost of the deals.

Mera had earlier indicated that the fuel deals are $50 million [about K45 billion] more expensive and would trigger an increase in fuel pump prices if adopted.

But, during a meeting held at Sunbird Nkopola in Mangochi on Saturday, committee chairperson Werani Chilenga said the committee was tired of the standoff between Nocma and Mera.