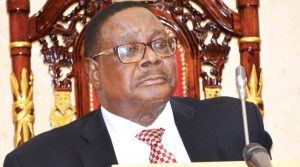 There are some myths and fables that portray our President Peter Mutharika as sharp, agile and a “leader” up to date with, and on issues that concern us all.

But Mutharika does not like such claims. To show his aversion to such false claims about him, Mutharika takes every opportunity to generously prove to all that he is a disinterested figure who would love to slip into his cocoon other than to be bothered with the grand duty of running a country.

Mutharika is 80 years old or over—and that is two-and-a-half decades beyond mandatory retirement age—and you would expect a person that old to kindly step aside and let others run affairs. But Mutharika, despite his senility, cannot take any of that and will stay on and, likely, would do that till Apocalypse. He might be in the know that the country is on fire because of his recalcitrance or pure old age, which have rendered him indecisive on many matters.

The past months, since the May 21 Tripartite elections, the country has been on fire with protests against the continued stay at the helm by Malawi Electoral Commission (Mec) Chairperson, Jane Ansah who some people believe oversaw the most atrocious elections ever in this country. The only time Mutharika came out of his stupor and made an attempt of some presidential address was actually regrettable as he ended up fanning the embers of discontentment.

His speech then was militant and devoid of spirit of armistice. We all know that Mutharika is not the best of communicators but there are times a leader must stand up and prove his worth.

This Mutharika’s resume of being a laid back, tired, disinterested and nonchalant leader is well crafted and cannot be disputed. When he was minister of Education in 2010 and 2011 on the watch of his departed brother, Bingu wa Mutharika, this Mutharika who Mec declared president, gleefully looked the other way when the University of Malawi had its colleges closed for eight months—meaning a whole academic year— in what was termed “ Academic Freedom” struggle.

The only attempt Mutharika—Peter that is— made was an uninspiring statement that there was no crisis and that there was no need for executive intervention to resolve the issue then. Those of us who are initiated, know that our President is old and tired and it is only people who are pushing him to remain in his position because they know the Mutharika brand is their shield to corrupt shenanigans.

I pity the old man that instead of enjoying the “wealth” he has accrued after 40 years of work in the US and the ridiculous gains of being cabinet minister and then President, he is still being puppet-mastered by some young folks who care less about his age.

This comes out vividly in most important issues. That Peter Mutharika has not been impressive in the manner of handling national issues is best exemplified in the way he has handled or failed to handle the issue to do with one Jane Ansah.

Since people started protesting against Ansah, Mutharika has been sleeping and has done nothing. All he has shown is that carefree attitude of looking away while everything is in a mess. It purely shows that Mutharika has no iota of care and would not even give a damn, even when the country is on fire as it is now as long as he is comfortably living on our taxes.

The country is in a state of insecurity and anarchy and we must act to bring back normalcy. A good leader would sacrifice one person for the sake of national peace. Business people have made irredeemable losses, all because we have a leader in trance.