Silver Strikers forward Khuda Muyaba, who speaks his mind freely in the same manner he does when scoring, has told his haters to mind their business saying he does not post things on social media to provoke anyone.

He usually posts pictures of himself with cryptical messages on Facebook and WhatsApp that spark debate— for either good or bad reasons.

Khuda, the 2019 TNM Super League Golden Boot Award winner with 21 goals in 23 games, in a wide-ranging interview on Friday, sought to clear misconceptions that he is Malawi football problemboy.

“Every time I post something on the social media, people blow things out of proportion by making all sorts of interpretations which are far from the truth. I do not post things to provoke anyone but to motivate myself as a footballer. After all, I use my mobile phone and data bundle bought using my own money,” he said.

Earlier, the blonde-haired striker also accused the then Silver coach Lovemore Fazili of being behind Flames coach Meck Mwase’s decision to drop the player from the national team squad.

Khuda announced that he had quit Silver, who reacted by merely disciplining him.

The then Silver General Secretary, Lawrence Yobe, said the club was doing everything to keep Muyaba at the club.

“He is our player and we understand his situation. We are talking to him almost every two hours. We are counselling him and it is our hope that he will resume training by next week,” Yobe told The Daily Times edition of May 25 2019.

In 2018, Khuda dumped Moyale Barracks accusing the Mzuzu army side of standing in his way of a transfer to a team in Mozambique.

A few months later, Khuda announced that he had quit the Flames, saying “Ikuena safuna zopondelezedwa.”

Khuda has, for now put all that behind himself as he looks forward to a big deal outside Malawi.

“I have received a lot of flak in my career. If it were you you could have quit. But I just ignore the criticism,” he said.

Mozambique champions Costa do Sol and an unnamed club from Morocco have reportedly inquired about Khuda.

“My ultimate aim is to play football professionally in Europe so I wouldn’t mind signing for a club in Mozambique and use that as stepping stone,” he said.

“I left my career as a soldier [for Malawi Defence Force] so as to increase my chances of playing football outside the country and I have not given up on that dream.”

Of late, Mwase has been considering Khuda in provisional Flames call ups but not the final playing squad.

The striker has some two goals and is yet to score for the Flames.

Asked about his national team career, Khuda said: “I do not want to court trouble like was the case last year. Let me get another chance of playing for the Flames then you can ask me about my national team target.”

Silver Team Manager, Itai Nundwe, on Friday chose to look at the brighter side of the striker.

Nundwe said: “He is a hard-worker. He is usually the first to report for training. He just needs to be understood. You need to anticipate what he is likely to say and calm him down.”

Ahead of next season, Khuda had a final message: “Next season, I do not see myself playing in the TNM Super League as I have many offers on my table. It all depends on which team will agree transfer terms with my club.” 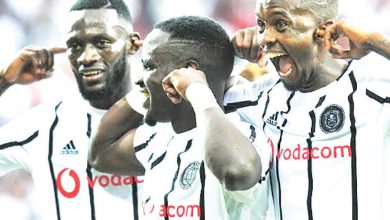 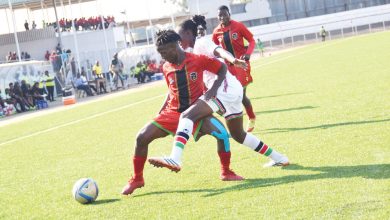 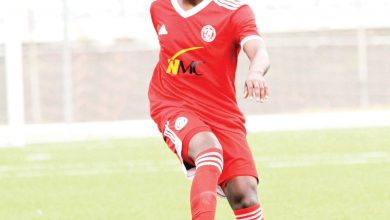