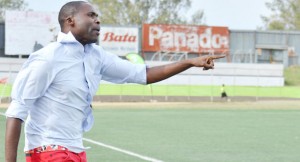 Malawi national football team Captain Limbikani Mzava’s story is a puzzling one. He has, on several occasions, missed the Flames’ call-ups with reports of injury but ends up playing for his South African Premier Soccer League side Golden Arrows without problems.

Mzava was not part of the Flames squad that played two back-to-back 2019 Africa Cup of Nations (Afcon) qualifiers against Cameroon last month.

He was reported to be injured at the time but surprisingly played the entire 90 minutes in Arrows’ 1-0 win over Black Leopards on October 7, just five days before the Flames’ 1-0 loss to Cameroon in Yaounde.

However, Arrows did not feature Mzava in their 2-0 Telkom Knockout Cup first round match on October 20, four days after the Flames’ barren draw against Cameroon at Kamuzu Stadium in Blantyre.

He was back to action for his club as it drew 1-1 against Free State Stars on October 24 as well as in the 1-1 stalemate with SuperSport United four days later.

The former Escom United defender played the full match on Saturday in Arrows’ 2-1 loss to Baroka in a Premier Soccer League match.

However, Flames assistant Coach, Peter Mponda, told Wednesday’s The Daily Times that Mzava had not communicated to the coaches on whether he had recovered.

“We are looking at the situation of our captain because, when we were going to Cameroon, he sent an apology that he would not make it. We are yet to find out from him if he has really fully recovered,” Mponda is quoted as saying.

Flames Coach, Ronny van Geneugden (RVG), has since omitted him from the final squad which leaves on Wednesday for Saturday’s must-win Afcon qualifier against Comoros Islands.

RVG said he has dropped his captain to give him time to recover. The Belgian trainer also said Mzava was left out because local defenders impressed in the two matches against Cameroon.

“We must be honest. In the Cameroon game, our defenders played a solid game. The players did very well. Mzava was injured. We know also we are going to play at an artificial turf and the training will be hard and intensive. We gave him the opportunity to recover,” he told The Nation.

But soccer analyst Stewart Mbolembole said the two parties should be open about their relationship.

Mbolembole said developments on the matter give indications that there are issues between Mzava and the national team.

“Let them sit down and open up to each other. There is something we are not being told here. I also expect our national team technical panel to be liaising closely with their Golden Arrows counterparts so as to clear out any grey areas,” he said.

Efforts to speak to Mzava proved futile as he was not reachable on the phone but he is on record to have said he endures great pain when playing for his club with his injured knee, which he usually straps.

Mzava is one of Arrows’ most reliable players and was rewarded for starting the most games for his club last season.