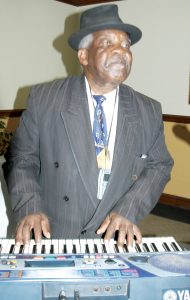 The coronavirus pandemic has, like a bolt from the blues, squeezed the fun out of life, with musicians going on mute on live performances due to Covid-19-related gagging. But, as RICHARD CHIROMBO suggests, this could be a point of reflection, a turning point, for musicians’ and artists stage performances because this is the right time to reflect on some things.

What is the relationship between a live music performance in Malawi and pictures in an up-market art gallery?

They are both fastidiously arranged.

However, apart from the fastidious ordering, the real-time, or live, music performance in Malawi oscillates between being too predictable and outright boring.

This is because, apart from the lyrics— which are, to a large extent, effectively employed to celebrate vernacular language’s capacity to capture every event in the jaws of its rhythms—dancing has become a manifestation of rigidity in music as dancers recycle old antics at every show.

For the most part, new-generation artists’ performances are limited to arm-throwing in the air while all the old generation knows when it comes to dancing is throwing legs left and light while throwing arms in the air and shouting some incomprehensible.

Well, some artists are in the habit of clearing their throat on stage, but others do not, so this part is skipped.

But, in almost all cases, most musician are known to be in the habit of greeting the audience before venturing into the business of the day and, after that, they give instruments’ crew a cue to key in a particular song.

Meanwhile, some make-shift or permanent dancers will convert the musician’s words and beat into appropriate stage gestures and antics in a bid to add fun to the performance.

Nothing wrong with that, except that some music-lovers have complained that the lack of innovativeness, when it comes to dancing antics, is becoming a dark spot in Malawi music.

“Stage dancing is good, and is even employed to good effect by foreign artists the world over. But you may wish to note that foreign artists go for variety, and do not cling to the same, old styles. They bring something knew all the time,” Lommie Mafunga, Blantyre-based music veteran, observes.

“You may agree with me that some things are overdone in Malawi. Take, for example, the practice of swallowing fire by our dancers. Once some ingenious individual introduced it, almost everyone jumped into the bandwagon doing the same thing, and it has become detraction,” he adds.

While his sentiments may easily be discarded as ‘street talk’, one of the country’s up-and-coming musicians Bouncy feels that everyone is free to do as they please, so long as that resonates with the artist or musician’s fans.

While bands such as Alleluya Band, Zembani Band, Mathumela Band, Find Codi, among others, could also be guilty of overdoing it on their live-performance day, the Black Missionaries can be said to be worse off, especially because the Blacks have no special dancers despite being loved by many.

So, as part of rocking the audience through dance, all the band does, led by vocalist Anjiru Fumulani, is to invoke the tried-and-tested reggae dance: Bending and straightening the knee, in much the same way a jogger runs from one point to another. Just that the Blacks do it on the stage.

So, at each and every Blacks’ show, some of the band members will bend and straighten their knees, throw their legs round-about, while the vocalist shouts all sorts of routine lines that, somehow, will culminate in a question that borders on whether the audience is having a good time.

Not that secular musicians are the worst culprits. Stage-worship is mistaken for a dance-move.

No wonder, veteran musician Wyndham Chechamba has always pointed at the lack of music schools in the country as a disincentive, warning that, with the lack of formal training institutions, Malawian artists are bound to continue to try-and-err on their way to the perfect moment.

Former Musicians Union of Malawi president Reverend Chimwemwe Mhango feels that musicians have made in-loads and it is just a matter of time before stage-antics are revolutionised.

In the past five years, musicians have been trained in choreography, stage presentation, all in the hope that, once that is done, a live music performance may go beyond the shrieking of the chief vocalist.