A grouping of inter-faith church leaders in conjunction with United States-based evangelist Andrew Palau has announced the return of the Love Malawi Festival, but this time in Blantyre.

The Love Malawi Festival is a gathering of Christians from various denominations who share the word of God and preach to the unconverted to follow Christ.

The missionaries will also provide consultation and treatment for locals with eye problems.

The announcement was made at a press briefing in Blantyre where the organising team revealed that the festival will run from October 1 to October 3 2021.

Palau said the motive of the festival is to express the love of Jesus to all who would listen and accept to transform their lives for Christ.

“A changed individual changes families, neighbourhoods, communities even nations and this is our prayer that in unity of Men of God from different churches we have a different kind of power and great miracles will occur, come to the festival bring all your family and friends and it will be the beginning of change in your life,” Palau said.

One of the local members of the clergy in the committee, Reverend Billy Gama, said they believe in unity in diversity, hence coming together under the Love Malawi Festival initiative.

“Unity is not only coming from one denomination but there is unity in diversity that despite our differences in denominations we can still come together with one purpose that is to preach the word of God. The Love Malawi Festival is not saying let my denomination win people to Christ but together we stand and divided we fall,” Gama said.

This is the second time the festival is happening in Malawi after the first festival was conducted in Lilongwe in 2016. 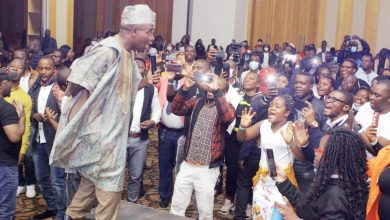