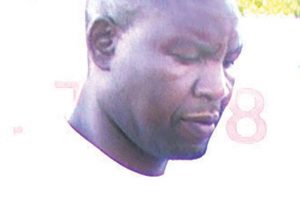 Fazili and Songo have been suspended after Silver set up a commission of inquiry to establish the reason behind the team’s poor showing in the TNM Super League.

Fazili and Songo were conspicuously missing from Silver training session at Silver Stadium on Wednesday amid reports that they have been suspended.

“Details indicate that Fazili and Songo are not in good books with some players and that is why the team is not performing well,” a source said.

Young Chimodzi and Peter Mgangira took the players through the paces but declined to grant The Daily Times an interview.

Songo on Wednesday said he was unable to comment as he was in a meeting.

In the absence of Songo, Goalkeepers’ Trainer Sibusiso Padambo will double as Team Manager

The suspension of Fazili and Songo comes weeks after management of Silver gave the coaches a two-game ultimatum to win two back-to-back league games.

However, Silver beat Mzuni 1-0 and drew 0-0 against Mafco to force management, which also ordered the coaches to win all cup games, to trigger the suspension.

Silver, who host Nchalo United Saturday, are on third place on the log table with 37 points from 19 games, nine points behind leaders Nyasa Big Bullets.

The Bankers have gone four years without winning the Super League title but last year claimed the Airtel Top 8 trophy after beating Be Forward Wanderers 10-9 on post-match penalties.