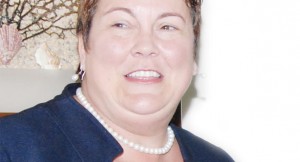 About three quarters of Independent Power Producers (IPPs) who signed Memorandums of Understanding (MoUs) with the government are said to have pulled out of the deals due to low tariffs offered by the buyer, Electricity Supply Corporation of Malawi (Escom).

The revelation was made when a group of Civil Society Organisations (CSOs) met Escom and Energy Generation Company (Egenco) officials on Monday, in Blantyre, to get an update on the state of electricity in the country.

But Escom has dismissed the CSOs revelation, saying no single IPP has chickened out.

Speaking on behalf of the CSOs, Human Rights Consultative Committee chairperson, Robert Mkwezalamba, said over 40 IPPs have pulled because the prices on offer out lower than expected.

He said the CSOs have presented a number of interventions to Egenco and Escom to make sure that the country has enough electricity as soon as possible.

“According to what the two institutions have told us during the meeting is that over 40 IPPs have chickened out and only a few are remaining. The tariffs on offer at the moment are at less than K30 per kilowatt hour while they [IPPs] were looking for a price of K200 per kilowatt hour,” he said.

He said the two institutions pay more to generate electricity, giving an example of Likoma where K5 million is spent a month to provide the Island with electricity, while monthly revenue collection is a meager K200,000.

“If, our findings show that the increase is a must, we will endorse the electricity tariff increases so that, as a country, we have sustainable power supply,” he said.

United States Ambassador to Malawi, Virginia Palmer, last week said there are important measures to be taken in reforming the power sector in the country.

“Right now, all the electricity that is being produced is being sold for less than it costs to make it and Escom is losing money.

“And if Escom is losing money, private investors would not come and build power plants to sell power to Escom, so we need a cost reflective tariff and that is something very important. I hope this will happen very soon.

“I think Escom’s financial stability would be critical to attracting IPP. I think Escom has some major debts both to Egenco and for past procurements and that is one thing the government has to tackle,” she said.

Responding to a questionnaire, Escom Acting Communication Manager, George Mituka, said no single IPP has chickened out due to low tariffs.

He, however, explained that such entry is guided and regulated by the IPP framework, to make sure that the country not only gets quality, but value for money.

“In terms of tariff, note that each proposal is considered on its own merit and each IPP proposes a tariff at which they want to sell their power to Escom. Hence if a Power Purchase Agreement is agreed, the tariff that is negotiated in the PPA is the one that is taken to Malawi Energy Regulatory Authority (Mera) for approval.

“When going to Mera, Escom, as the Single Buyer, would determine what effect that negotiated tariff with any IPP would have on the end user tariff and whether an adjustment of the end user tariff would be required to accommodate the new IPP. This is the normal practice the world over in a liberalised power market,” Mituka said.

MSE to phase out physical certificates