It doesn’t get any sweeter than this for Netherlands-based model and fashion icon Mabel Banda Khonje as she has been named this year’s recipient of Urban Music People (UMP) Awards.

A press statement from UMP said they were happy to decorate Mabel with the Fashion Icon Award.

The statement further said that the Fashion Icon Award is given to individuals or entities which have made outstanding contributions to the growth of fashion and arts in Malawi.

“Her style is refreshing, bold and uninhibited. We salute her on-going achievements in Malawi and beyond,” Zizwa said.

“My biggest inspiration is my late mother. However, I am also inspired by women in business who have managed to change the game and own their own brands. Influential women such as Rihanna and the Kardashians,” Mabel said.

She added “Just like any other person starting their own business, it is never easy. But, I would advise aspiring fashion designers and models to work hard and never give up”.

Born on August 10, 1983, Mabel who pursued her tertiary education at Malawi College of Accountancy and Varsity College in Pretoria, South Africa, holds an Associate Degree in Public Relations and Applied Communication from University of Wales in United Kingdom.

Meanwhile, nominations in other categories are open until November 20.

Powered by Chitoliro Productions, UMP 2020 Awards virtual ceremony will be held on December 19 2020. 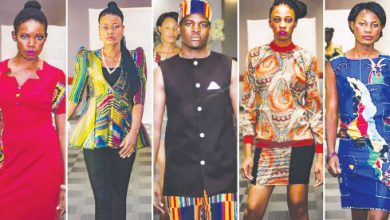