[dropcap]P[/dropcap]rices for Malawi’s stable food, maize, have skyrocketed by 40 percent as traders horde the commodity to create an artificial shortage, a snap survey by Business Times has revealed. 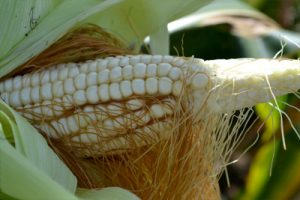 Produce markets in selected townships around Blantyre on Tuesday showed that the price of maize has risen from K5 000 per 50 kg bag in April to K7 000.

Some traders said the surge in prices has been created by a slow down in the supply of maize in districts such as Mulanje, Dedza, Ntcheu and Salima.

Kennedy Chilambe, a vendor at Zingwangwa market, said for the past four weeks the price of maize has been up going up.

“Maize is becoming scarce in the district we get it from. This is largely because most of the growers are hording their produce in anticipation for even better prices.

“This coupled with growing demand for maize has pushed prices up,” Chilambe said.

Chimwemwe Jailosi, a vendor in Chilobwe Township, said reports of a looming hunger earlier this year has forced farmers to tread carefully in as far as selling of maize is concerned.

Malawi had a relatively poor growing season last year as it was hit by a double impact of dry spell and a fall army worm attack.

Jailosi said, though many Malawians managed to harvest some food, they are exercising caution to sell it.

“As a result, prices have started picking up barely three months after harvest which is not normal. But we don’t expect maize prices to go beyond the current price anytime soon,” he said.

Elevated maize prices were also recorded in Balaka, Phalombe and parts of Lilongwe.

Speaking when he presented the 2018/19 national budget, Finance Minister, Goodall Gondwe, said the Agriculture Development and Marketing Corporation (Admarc) and the National Food Reserve Agency (NFRA) have 282,000 metric tonnes maize stocks in their storage facilities across the country.

Gondwe added that to ensure that there is adequate food for the affected households, government has allocated K20 billion towards maize purchases and distribution.

Runaway maize prices coupled by last week’s fuel price hike should pose a serious headache to monetary authorities who habour ambitions of achieving an inflation rate of 5 percent in the medium term.

Ngwira, said in its recent decision on interest rates, the Monetary Policy Committee considered all foreseeable risks which included an increase in fuel prices, electricity tariff as well as other risks.

“It was a considered view from the committee that if any or all risks could materialise there would be an upward impact on inflation of different magnitudes.

“Although current inflation for June is 8.6 percent, the committee resolved to maintain the Policy Rate at 16 percent to counter the impact of the risks. The expected outcome is that inflation will remain below 10 percent by the end of December 2018,” Ngwira said.

Malawi Under-17 out despite win 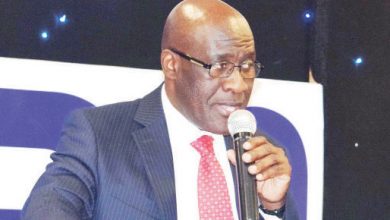