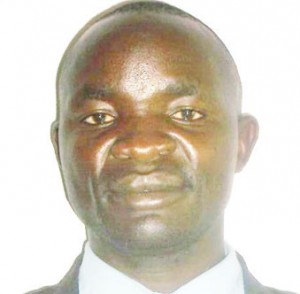 A Lilongwe councillor says Malawi Defence Force (MDF) soldiers put him on a cross like Jesus Christ and humiliated him for what the soldiers said was the councillor’s failure to prevent villagers ransacking Dzalanyama Forest Reserve.

Luciano Botomani, Councillor for Bunda Ward in Lilongwe Msinja North Constituency, who is also Vice Chairman for Lilongwe District Council, spoke of his chilling ordeal in an interview on Thursday.

“It’s true, I was coming from my garden and when I got at Kataira Trading Centre I found soldiers confiscating charcoal. They called me and asked why I allow charcoal to freely pass in my ward to which I said it was not my job.

“They poured water on me, they bathed me in mud, they dabbed my face in ash, and they then lashed me thrice and staked me to a pole just like they did to Jesus on the cross.

“They also tied my left leg and made me stand by the roadside for over an hour so that people should see me,” said Botomani in an extended WhatsApp narration.

Lilongwe Police spokesperson, Kingsley Dandaula, said his offices has not been told of the incident.

This is despite Botomani reporting to Mitundu Police. When we contacted a Mrs. Chirwa at Mitundu Police, gave the phone to someone she said was her boss. She said if the district PRO did not have details then the incident never happened.

This is despite that The District Commissioner, Charles Kalemba, confirmed the incident.

Kalemba played down the incident saying it was not Army versus community but rather just one between the councillor and those particular soldiers.

“I talked to top officials in the Malawi Army and we will sit down next week to see how the issues between the army and community can be resolved,” he said.

Member of Parliament for Lilongwe Central constituency, Lobin Lowe, said the incident is a ‘very unfortunate one’

“The very people that are supposed to defend the communities are now in conflict with them. The objective of sending the army to protect the forest was good but what is happening now is not what anybody wanted,” said Lowe.

This comes as the army is facing similar accusations up north with timber millers in Chikangawa alleging that soldiers are unleashing unspeakable atrocities including forcing them to have sex while the soldiers watch.

It also comes on the heels of a viral video showing a group of four men in full uniform likely MDF soldiers stripping a group of five shabbily dressed men and mercilessly lashing their buttocks with the sides of machetes.

MDF Spokesperson, Paul Chiphwanya, said he was sitting for an examination in Blantyre and indicated that he was not aware of the Lilongwe incident’s.